Taroudante - A Kenyan Muslim man, who was shot while shielding Christians from an attack by al-Shabab militants, died of his injuries on Sunday night at the Kenyatta National Hospital.Salah Farah, a school teacher, was on a bus travelling through Mandera in Kenya when it was attacked by al-Shabab in late December. 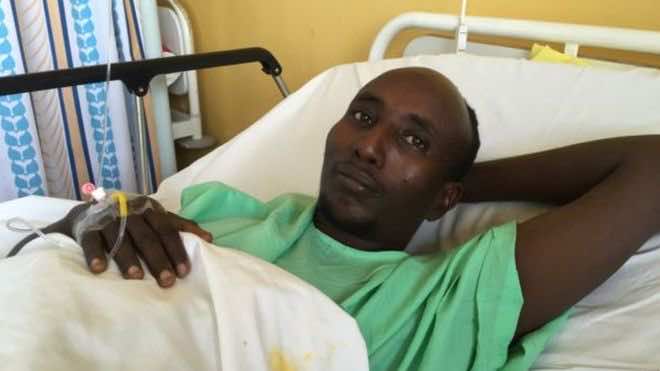 By
Larbi Arbaoui
-
Larbi is a freelance writer and assistant editor at Morocco World News.
Jan 21, 2016
Spread the love

Taroudante – A Kenyan Muslim man, who was shot while shielding Christians from an attack by al-Shabab militants, died of his injuries on Sunday night at the Kenyatta National Hospital.

Salah Farah, a school teacher, was on a bus travelling through Mandera in Kenya when it was attacked by al-Shabab in late December.

The terrorist asked the passengers to stand in separate lines for Christians and Muslims in order to kill the Christians.  “They told us if you are a Muslim, we are safe,” according to BBC.

However, Salah Farah was among the Muslim bus passengers who stood up to the terrorists and risked their lives by shielding the Christians.

The Muslim passengers told al Shabab militiamen to either “kill all passengers on the Mandera-bound bus or let everyone go.”

The school teacher’s words of peace and brotherhood reported by international media before he died reflect the ultimate sacrifice, and have resulted in calls to regard the Muslims’ actions during the incident as a sign of peace and tolerance that should unite Muslims and Christians in Kenya.

“People should live peacefully together,” the victim had told Voice of America earlier this month. “We are brothers. It’s only the religion that is the difference, so I ask my brother Muslims to take care of the Christians so that the Christians also take care of us. … And let us help one another and let us live together peacefully,” he added.

The family’s primary breadwinner, Farah left behind a pregnant wife, four children, and other family members including his elderly parents.

According to CNN, the Kenya Teachers Commission sent condolences and vowed to help the family financially.

The al-Shabab terrorist group is reportedly responsible for killing hundreds of Kenyans over the past four years.