Rabat - Intellectuals seem to have lost their voices. We do not hear anymore of public debates of philosophical issues and of literary theories nor of controversies over competing political science theories. Scholarly discussions have become rare and are limited to very few doctoral defenses. Instead, we are witnessing exchanges of beliefs and confrontations of contrary hard convictions that inevitably end with threats and accusations of some sort of apostasy. In this context, leadership has come to mean the capacity to perpetuate inherited stereotypes and thinking models. 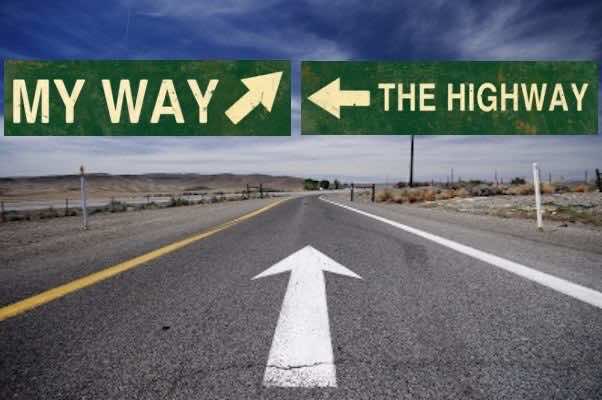 Rabat – Intellectuals seem to have lost their voices. We do not hear anymore of public debates of philosophical issues and of literary theories nor of controversies over competing political science theories. Scholarly discussions have become rare and are limited to very few doctoral defenses. Instead, we are witnessing exchanges of beliefs and confrontations of contrary hard convictions that inevitably end with threats and accusations of some sort of apostasy. In this context, leadership has come to mean the capacity to perpetuate inherited stereotypes and thinking models.

Major controversies are over how to mobilize minds to have them give up their creative faculties and repudiate their critical capacities. In this rising tradition, knowledge refers to consecrating established value systems and opinions. On the one hand, it is based on the denial of the necessity of assessing and cross checking information, on the other, it is rooted in the moral condemnation of the courage of taking new paths and exploring innovative options. In this sense, the definition of knowledge also rejects any sort of conciliation of observed contrariness and any approach to resolving conflicts. Moreover, in this definition, difference is identified with aggression and opposition with war. Instead of being a construction process that tolerates deconstruction for the edification of new significance, knowledge is reduced to the protection of the vestige of ideals that, this case, have grown and died in the imagination of mythical characters.

In a discussion I was having with a colleague, whom I mention only to illustrate a general trend, he supported an opinion and insisted that anyone who did not take it for granted was but a “morbid” mind. When evidence was produced documenting a contrary analysis, he rejected it without any counter argument. When asked to provide support or explanations to document his rejection, he admitted he did not have any. He would look for some when he has time, he said. Holding to a conviction with nothing to support it and against material and objective evidence did not bother him at all. In fact, he kept reiterating the same accusations, threats and insults. Anyone holding an opinion different from his has strayed from the right path and should either be brought back on it or eliminated, physically that is whenever it is possible. Not only does his mindset not provide for distinction of option and fact but he is unable to differentiate illusion from reality.

It would be too easy and too simple, however, to think of this as some sort of sick stubbornness as some friends have suggested. In fact, the man was not obstinate but must be a hard believer in gurus to whom he has given up all his thinking capacities and his intelligence. And the whole issue is of concern to me exactly because of the hazard there is in blind adherence to anything. Blind adherence can lead to actions with heavy consequences one does not think are worth assessing before they undertake them. Taking a storybook for reality is always a high risk because it can outlines dramatic destinies and turns readers into their heroes. The problem is that, as experience has proven it, the most merciless are the weakling who derive their force from those very ones who oppress them and they who will find the most tortuous ways to inflict pain and who care the least about morality. It is they, too, who are unable to question themselves and to assume their own responsibilities for their failures. They will always seek others to hang their failures on and to punish them for their own defeats.

To make the situation more complex, the frameworks that shape these convictions and control those who get stuck in them are in many cases complex transcendental idealized notions which have neither actual reference in history nor grounding in the real world. At least they have no such existence the follower can show evidence for. In some of their aspects, they are a belief system that generates in both a faulty and partial knowledge background and in complete ignorance of and/or inability to indulge in alternative thinking processes. While they may appear as potentially dynamic and open ended, they are but pendulums in a continuous sway that give the impression of motion but which can never cross predetermined limits.

Furthermore, the perspective of compassion, love thy neighbor, sharing and caring that the frameworks display through the discourse that carries them clashes very fast against the rigidity of their walls that abhor difference which they will first try to absorb and remold after their own image and to eliminate when it resists digestion. As such, the frameworks are actually frozen compounds that will suppress the motivation for individual experiences in which new significance may emerge and in which social worth may be expressed independently of inherited roles. The only function of intelligence tolerated is to be invested in maintaining the temple and in keeping its gates closed to variation at any cost. Any new idea is considered to be intrusive, any proposition is too bold, any alternative is abusive and any innovation deserves the worst chastisement.

Underpinning the discussion with my colleague was his conviction that he is entitled to accusing people who do not share his opinions and to sentencing them to nothing less than capital punishment. He has at his disposition a wide range of arguments everyone of which turns anyone who contradicts him into a criminal who deserves death for trespassing the frontiers he has set to protect society, culture, civilization, the nation and religion from change and diversity. These deadly concepts which include atheism, secularism, communism, associanism, apostasy, religious revisionism, cultural denial, colonialism, Zionism, ideological alienation, working against the unity of the umma, etc. are actually accusations that invite violence and incite hate. In a way, there is hardly a discussion with this person that is not punctuated with the threat of flashing a green light to dormant aggressors to go ahead and enforce the punishment they have been conditioned to inflict in specific cases of disagreement.

The kind of pressure which individuals like my colleague apply on people who qualify to engage in interesting discussions has reduced dramatically the range of those willing to take risks talking and being involved in meaningful debates. As a consequence, instead of resisting and challenging, intellectuals are falling back on romantic endeavors and compromising their dearest principles leaving the ground open to exclusivists and theoreticians of various forms of terrorism. There are exceptions, of course, but too few and far between to be a viable counterbalance.