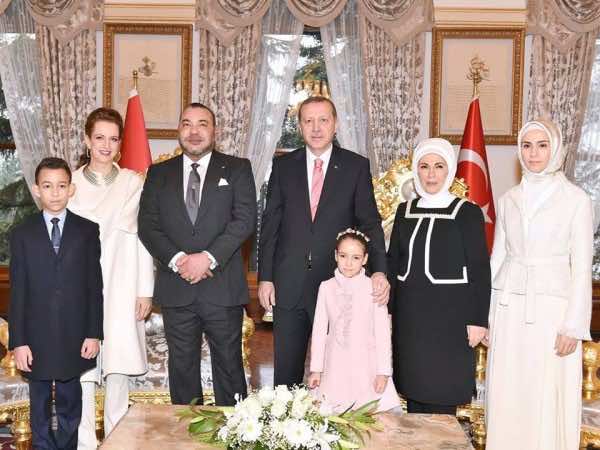 According to Turkish media, the Moroccan monarch told Ismail Rustu Cirit, President of the Turkish Court of Cassation, on Wednesday, that he wants the Turkish President to pay an official visit to the North African country.

“Please give my regards to President Erdogan and tell him that we want to see him in Morocco as soon possible,” King Mohammed VI reportedly said according to the President of the Turkish Court of Cassation.

“King Mohammed VI expressed to me Morocco’s solidarity with Turkey in its fight against terrorism, following the terrorist bombings that targeted it recently,” he added according to Anadolu agency

Rustu Cirit, who was accompanied by Turkey’s ambassador to Morocco, Ethem Barkan Oz, was among the personalities that King Mohammed VI received at the end of the religious evening he chaired in commemoration of the 17th anniversary of the late king Hassan II’s death.

King Mohammed VI paid a private visit to Turkey in December 2014 where he spent the end of the year holidays. During his stay in Turkey, the Moroccan monarch, who was accompanied by his wife Prince Lalla Salma, Crown Prince Moulay El Hassan and Princess Lalla Khadija, was invited to a tea party with Turkish President and his family.