New York - A massive blizzard has blanketed the US eastern seaboard in snow, causing the death of of at least 14 people in road accidents, according to CNN. 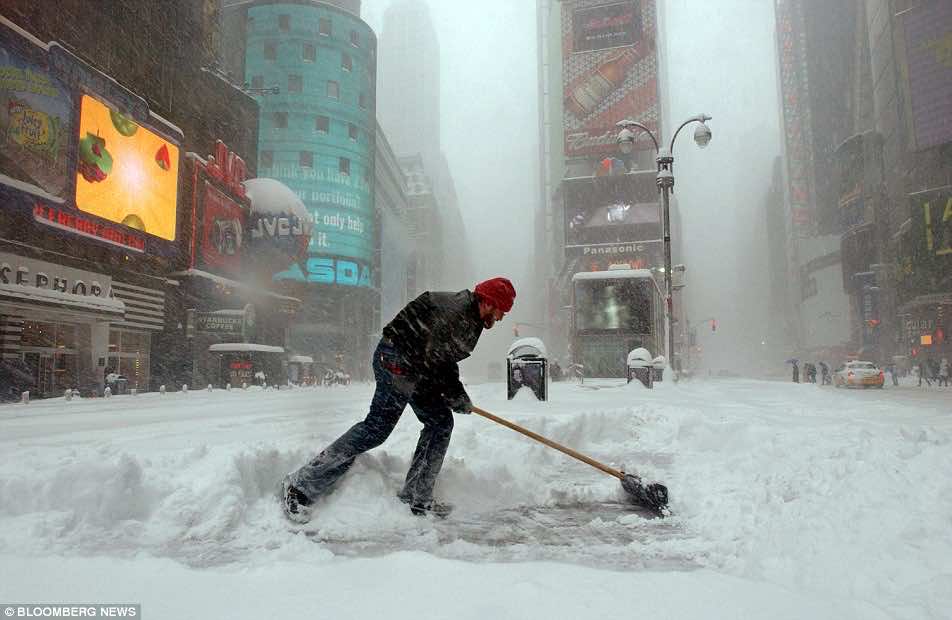 New York – A massive blizzard has blanketed the US eastern seaboard in snow, causing the death of of at least 14 people in road accidents, according to CNN.

Up to 102cm of snow settled in parts, paralyzing highways, railroads and air routes, and cutting power to 200,000 people in New York City and in Washington D.C., the nation’s capital.

According to the National Weather Service, “New York City recorded its second-largest snowfall since 1869, with Central Park receiving 26.8 inches by midnight — 0.1 inch shy of tying the record 26.9 inches set in 2006.”

The same source said that the blizzard is now lessening and heading out towards the Atlantic Ocean.

As the monstrous blizzard hit the US East Coast, stranding tens of thousands of travelers and shutting down the nation’s capital, people in Philadelphia took to sledding down the famous Rocky Steps, enjoying their times with friends and families.