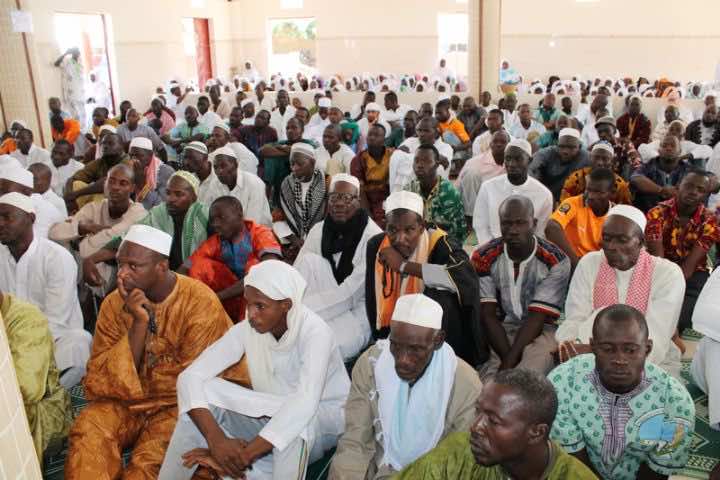 New York – In an effort to counter terrorism and Islamist radicalization, 100 young Ivorians, including 14 females, will undergo two years of religious training at the Mohammed VI Institute for the Training of Imams, Murshidins and Murshidats, in Rabat, to learn the precepts of moderate Islam.

Upon return, the group of students is expected to teach and promote the practice of moderate Islam.

“The goal, on their return from the training, is to maintain a climate of peace, cohesion, tolerance like has always been the Islam in Ivory Coast, an Islam that is present in all the regions of Ivory Coast,” said Boikary Fofana, president of the Supreme Council of Imams in Ivory Coast (COSIM). “After your stay, the missions are numerous. You are leaving to bring us an Islam of tolerance, brotherhood, peaceful. You must also contribute to the reconciliation and pacification of the heart.”

This is the second group of Ivorian students to be trained in Morocco. Another 100 Ivorian Imams have been already trained in Morocco since the beginning of the program. The institute currently hosts students from Tunisia, Mali, Ivory Coast, Guinea and France, as well as other African and European countries.

Morocco’s King Mohammed VI inaugurated the center on March 27, 2015 to promote the values of moderate, open and tolerant Islam, based on the Maliki rite and Sunni Sufism. The institute, which cost 230 million dirhams, was built over a surface area of 28,687 square meters and includes a library, an amphitheater, class and computer rooms, a mosque and recreational and dining facilities. It also includes housing facilities, with 310 rooms and 700 beds. It has the capacity to train up to 1,000 students at a time.

According to the Central Intelligence Agency, 99 percent of the Moroccan population is Muslim.

In the midst of recent terrorist attacks by Muslim extremists around the world, Morocco’s efforts to promote religious moderation and tolerance could serve as a shield against extremism.

Last week, ISIS launched a campaign calling on Muslims in the Islamic Maghreb to join ISIS strongholds in Tunisia, Libya, Mali and Algeria in order to “overthrow” the democratic governments of Tunisia and Morocco and replace them with an Islamic regime based on Sharia law.