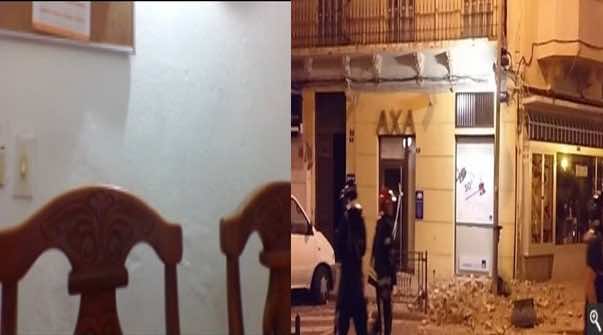 The footage, which lasts over a minute, shows two dining room table chairs and a picture hanging on a wall massively shaking during the earthquake.

Beginning with the scary sound of the earth rumbling below, typical of a seismic movement, the video depicts the powerful force of the 6.2 earthquake followed by five aftershocks that hit the Strait of Gibraltar at 4:22 UTC Monday morning.

History proves that a strong earthquake such as this one that struck the Mediterranean would more than likely cause many human casualties, as well as infrastructure damages.

The hospital of Al Hoceima in northern Morocco, the earthquake’s epicenter, reported that one eight-year-old child died and four more people were injured.

This video shows the great strength of the “groundwater extraction” that caused a disturbance along the Alhama de Murcia fault prompting the seismic movement.