Rabat - Moroccan famous singer Asmae Lmnawar slammed on Monday Moroccan TV channels for their nonchalance in reporting on the earthquake that hit northern Morocco in the early hours of Monday. 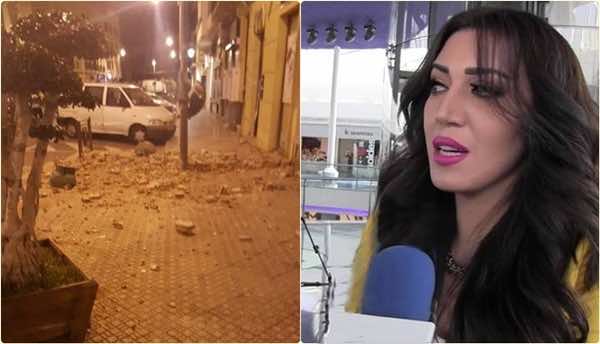 Rabat – Moroccan famous singer Asmae Lmnawar slammed on Monday Moroccan TV channels for their nonchalance in reporting on the earthquake that hit northern Morocco in the early hours of Monday.

The Moroccan singer wondered why Moroccan TV channels have shown no enthusiasm in reporting on the natural disaster and update the public opinion on the scoop of human and material damage it caused.

“I have a question I can’t keep for myself: Don’t Moroccan TV channels know that we need to know what happened? They dealt with this in cold way, and thank God there are other sources of information,” the Moroccan singer said on her official page.

A strong earthquake with magnitude of 6.2 on the scale Richter hit northern Morocco and southern Spain on Monday at 4.22 am local time (GMT). The quake, which resulted in the death of a child and left four people injured, was felt in Nador, Al Hoceima, as well as other Moroccan cities, in addition to several cities in southern Spain.

While international media have been reporting on the disaster as it happened and kept updating their audiences with the latest available information, Moroccan media have shown no interest in updating the Moroccan public opinion.

In the absence of a real and professional coverage of the earthquake, most Moroccans turned to Spanish media to obtain first-hand information.

Morocco World News was among the first news outlets in the world to report on the earthquake just few minutes after it occurred.