Rabat - Chaymaa Rhou arrived in Morocco in 2015 after spending almost seven years traveling between Egypt, South Africa, and Germany. In her travels she pursued various filmmaking and media degrees as well as other relevant experiences in her field. 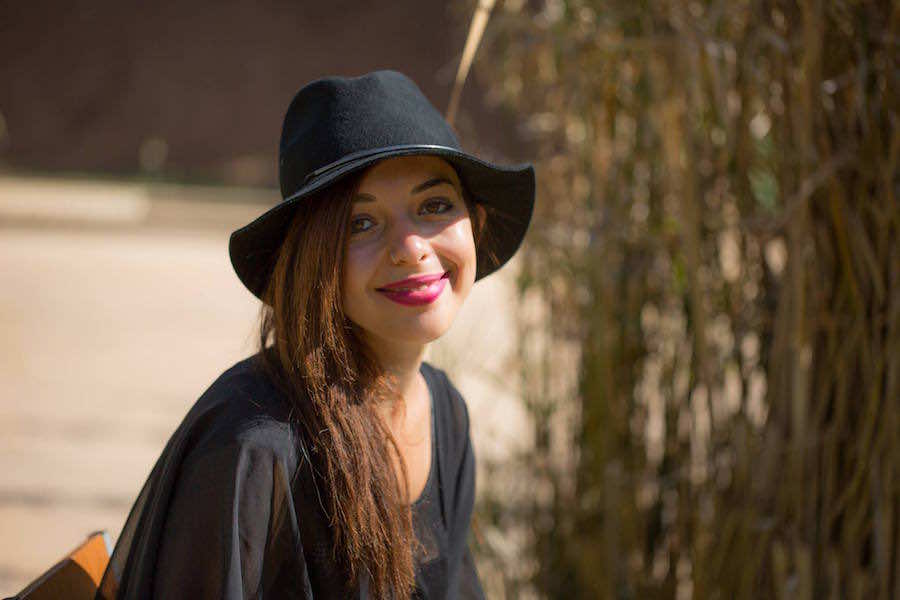 Rabat – Chaymaa Rhou arrived in Morocco in 2015 after spending almost seven years traveling between Egypt, South Africa, and Germany. In her travels she pursued various filmmaking and media degrees as well as other relevant experiences in her field.

While completing her M.A. in Visual and Media Anthropology at the Free University of Berlin, Rhou was also involved in entrepreneurial events such as World Women Startups and Entrepreneurs, a group that encourages women to build and promote their businesses. After obtaining her degree and returning home to Morocco, her thoughts turned towards creating a business of her own.

For that she chose the film industry, which has always been a creative outlet for passionate artists around the world to express ideas, expose opinions, and share stories.

In Morocco, there are fewer filmmaking schools and trainings programs than in many other countries with developed film industries. And yet, film festivals like the Marrakesh International Film Festival attract talents and big names in the industry each year, screening acclaimed movies made by internationals and Moroccans alike.

Moving forward, the Moroccan film industry as a whole should encourage and educate its talents of all levels in the process of producing a world class feature without the immense budget of Hollywood action movies or the need for foreign degrees and experiences.

MWN: Tell us more about Nomadic Filmland Academy. When was it created?

Chaymaa Rhou: Nomadic Filmland Academy is a new filmmaking platform created in October 2015 and based in Morocco.

It is an African concept: we aim to move around to various countries in Africa, after building a success story starting from Morocco.

Our mission is to extend the skills of those passionate about film, to give them access to the world of filmmaking, and to build their confidence while assisting them in the production of their own films by international film experts.

Our main programs will bring a new concept in Moroccan films. We are working on setting up ways of providing drones for our participants starting from August 2016, and on bringing experts on using drones in film from Spain, the US and Canada. We will be helped by our partner Flystro, who is based in Montreal and will act as a source of drone experts to build new projects in Morocco.

Our opening “1001 NIGHTS FILMMAKING PROGRAM” will start in May 2016. We encourage Moroccan participants to join this intensive program to create a massive movie that gathers youth with or without skills in film to contribute in creating a film.

We have two film experts joining us from Berlin, Germany, for the 1001 Nights Filmmaking Program that will take place in both Marrakesh and Ouarzazate.

They will assist participants in producing their film and in reaching an international festival by the end of the intensive program.

MWN: Why did you choose Marrakesh and Ouarzazate as your main destinations for the 1001 NIGHTS FILMMAKING PROGRAM?

Chaymaa Rhou: The concept of Nomadic Filmland Academy is focusing on exotic destinations in Morocco.

Marrakesh is one of the world-class destinations for filmmakers during the Marrakesh festival, and many international events are hosted in the city.

Ouarzazate, or the Moroccan Hollywood as we call it, has the biggest film studios in Morocco, which makes it an attractive location for moviemakers to shoot their film scenes.

The studios are worth a visit and a roundtable discussion during the program, as we need to promote various locations in Morocco that deserve to be known and visited by international groups.

MWN: Who are your partners and how do you see the idea working in Morocco in the future?

Chaymaa Rhou: We are happy to announce Morocco World News as one of our partners.

My story started while having a coffee with their co-founder, Adnane Bennis, who was part of inspiring a fresh graduate who moved back to Morocco with the purpose of building something that would have a positive impact on society.

Morocco World News is our first media partner who will provide press coverage of projects produced by our program participants.

Our main partner is Flystro Drones on demand, a startup based in Montreal, Canada.

We are working with Flystro to build an outstanding project of filming with drones in Morocco.

MWN: Is the 1001 NIGHTS FILMMAKING PROGRAM open to all Moroccan participants?

Chaymaa Rhou: Of course, our mission is to encourage Moroccans passionate about film to produce their own films and build a name in the filmmaking industry.

However, the program will be in English, because our experts are not from Morocco, and we are aiming to attract participants from all around the world.

Nowadays, English is an international language, and our aim is to attract media partners, experts, and participants from all over the world. This is why our mission will be using English all the way.