Marrakech - UN Secretary-General Ban Ki-moon on Monday extended his thanks to Morocco for organizing a conference on the rights of religious minorities in Muslim lands, insisting on the necessity and urgency for Inter-faith dialogue. 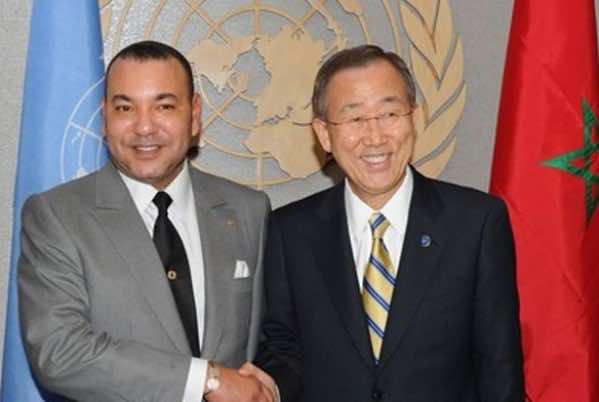 Marrakech – UN Secretary-General Ban Ki-moon on Monday extended his thanks to Morocco for organizing a conference on the rights of religious minorities in Muslim lands, insisting on the necessity and urgency for Inter-faith dialogue.

“Inter-faith dialogue is necessary and urgent.  Religious leaders have a responsibility to help heal differences in their communities, and to use their moral authority to promote inclusion, not exclusion; forgiveness, not vengeance; equality, not superiority.  Religion should be a bridge between people, not a wedge”, UN Chief said in a message to the conference “The rights of religious minorities in Muslim lands”, which kicked off Monday morning in Marrakech.

“There are no quick remedies, and solutions will have to come from within”, he said, calling for common work to preserve and reinforce diversity and dignity across the Middle East.

He noted that the United Nations would continue to support efforts to end the cycles of violence and discrimination, including through the Alliance of Civilizations initiative, the Human Rights up Front effort and the recently issued Plan of Action to Prevent Violent Extremism.

He stressed that the history of the Middle East is rich with examples of co-existence and pluralism, warning that today’s unresolved conflicts, violent extremism and injustice are endangering the region’s people, destroying centuries-old social fabrics and undermining economic and social progress.

He said that while we rightly focus on the plight of religious minorities, we must take care not to inadvertently cause them to be perceived as somehow distinct from the diverse societies of which they are an integral part.

As we seek to protect communities at risk today, we must also promote long-term stability and prevent identity-based politics from deepening and doing further damage, he added.