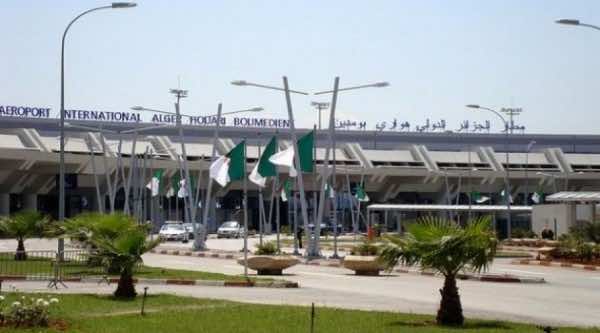 New York – More than 500 Moroccans had been detained at Houari Boumediene airport in Algeria since early January. They tried to cross into Libya, but Algerian authorities suspected that they meant to join various terrorist groups in the country.

Abdelkader Messahel, Algeria’s Minister Delegate for Maghreb and African Affairs, summoned Morocco’s Ambassador to Algeria last Saturday to discuss the “massive and unusual flow of Moroccans from Casablanca heading for Libya through Algeria in recent weeks.”

The Ministry of Foreign Affairs of Algeria said  in a statement, “The current security environment is particularly sensitive, and requires the utmost vigilance. This current situation requires strengthened cooperation between all countries of the region, in particular between Algeria and Tunisia, in order to repatriate their citizens.”

According to the statement, Algerian authorities will allow “the transit of Moroccan nationals currently in Algiers who hold documents of residence or work in Libya. Travelers that do not have documents supporting their movement to Libya will be, in turn, subject to repatriation to their country of origin.”

Algeria’s foreign ministry did not explain why the Moroccans were held, but according to The Libya Oberver, they were considered suspicious because they did not have legal residence in Libya.

The Islamic State has called for foreign recruits, in particular, from North Africa. As Morocco World News reported, the Islamic State recently launched a campaign calling on Muslims in the Islamic Maghreb to join its strongholds in Tunisia, Libya, Mali, and Algeria to “overthrow” the democratic governments of Tunisia and Morocco.

Along with Moroccans, thousands of Tunisians have been crossing over into Libya allegedly to fight with terrorist organizations, where the Islamic State has increased its presence, especially in the city of Sirte, located on the Mediterranean coast.

According to the Al Sharq Al Awsat newspaper, the Libyan branches of the Islamic State, Al-Qaida, and the Muslim Brotherhood are also considering an alliance to bring Libya’s numerous parties and militias together.