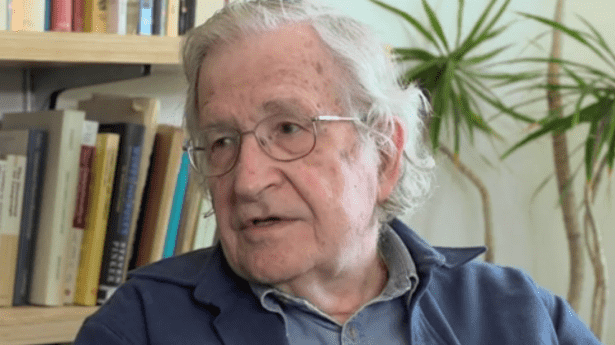 In an interview with Al Jazeera, Chomsky said that amongst all the presidential contenders in the Democratic Party, he favors Bernie Sanders. However, he said, if he were to choose between a Republican candidate and Clinton, he would vote for Hillary Clinton.

In the second part of Mehdi Hasan’s interview with Chomsky on Al Jazeera’s UpFront, which airs on January 29, Chomsky hailed the Democratic Presidential candidate Bernie Sanders, saying that he regards him as “a new dealer” and that he agrees “with him in a lot of things.”

According to an article on Al Jazeera.com, the MIT professor emeritus said, “If he were elected, I think he would – of the current candidates – be the one who would have, from my point of view, the best policies.” However, Chomsky continues, “I frankly think that in our system of mainly bought elections, he doesn’t have much of a chance.”

Chomsky’s continuous slams of the GOP presidential candidates spring from his conviction that their disregard of climate change makes of them “literally a serious danger to decent human survival.”

In an interview with the Huffington Post, Chomsky referred to the GOP’s denial of climate change as “a looming environmental catastrophe.”

Over 50 percent of Republicans in Congress deny manmade climate change, while 97 percent of climate scientists insist it is real. Donald Trump, the presidential front-runner, told Hugh Hewitt on his radio talk show that he does not believe in climate change “unless somebody can prove something” to him. He added that he “believe[s] there’s weather.”

Regarding the Republicans’ denial of climate change, Chomsky told Al Jazeera, “what they are saying is, ‘Let’s destroy the world.’ Is that worth voting against? Yeah.”