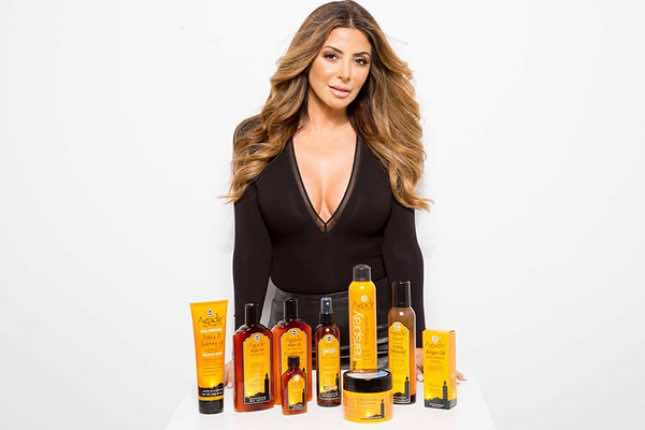 The model posted a photo on Twitter with a statement saying that she is “honored to be the first ever celebrity spokesperson for Agadir Argan Oil.”

I am honored to be the first ever celebrity spokesperson for @agadirint! pic.twitter.com/R3s26uH2LB

After being named the ambassador for Agadir Argan Oil, the wife of NBA legend Scottie Pippen gave out “three prize packs of argan oil products” to three girls who won the hair competition she had launched on Twitter. She posted the photo of the three winners on her Instagram account.

“I’ve always loved using Agadir Argan Oil because of the properties,” she says. “Becoming the spokesperson for a brand whose products keep hair enriched, healthy, and nourished was a no-brainer for me.”

Argan oil is a vegetable oil produced from the kernels of the argan tree native to Morocco. Being exclusively produced in Morocco, the oil is one of the most expensive plant oils due to its labor-intensive production, limited supply, high demand.

Many world celebrities say that argan oil is one of the best beauty care products for their skin.

American reality TV star Kim Karadashian has reportedly said that argan oil has a “special place” in her daily beauty routine, revealing that it is “her skin secret

The global argan oil market is expected to reach US $1.79 billion by 2022, according to a new study conducted by Grand View Research.