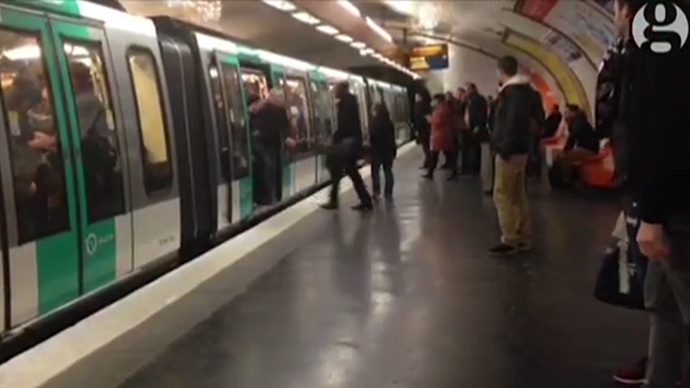 The video shows  the mob around the wreckage of the coffee shop that was destroyed while boisterously singing their team’s song in unison. An Arab-looking young man, believed to be the owner, is locked up inside the circle formed by the mob, seemingly trying to break loose.

According to the Independent, the video, which was released last weekend, took place in Munich in 2012 ahead of the Champions League final.

A Chelsea fan then pushes the Arab violently to the ground toward the center, where the debris lays in a huge pile. The man stands up and walks back to his aggressor with a hand gesture as if warning him, but the attacker and other individuals punch him in the face.

The thirty-second video ends with another fan with a bottle of alcohol in hand trying to calm the angry gang down, saying, “don’t do this, men!”

The video has received numerous comments from Arab viewers. The comments range between utter denunciation of this act of vandalism to accusing the mob of Islamophobia.

A commenter states, “In England one cannot suffer injustice even by the Queen. When things cool down, the police will arrest them one after the other and they will pay huge fines for their declared racism.”

Another equally ‘Liked’ comment by a male user says, “We, Arabs, have to endure this racism everywhere we go!”