Madrid  -  The director of Morocco's central bureau of judiciary investigations, Abdelhak El Khayam, hailed the "excellent cooperation" between Morocco and Spain in the fight against terrorism. 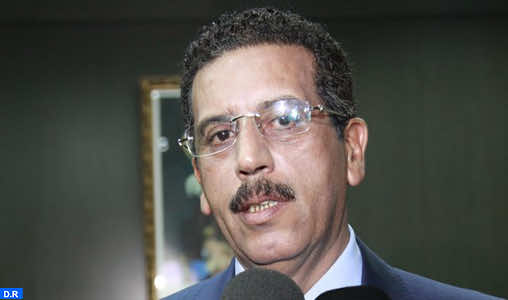 Madrid  –  The director of Morocco’s central bureau of judiciary investigations, Abdelhak El Khayam, hailed the “excellent cooperation” between Morocco and Spain in the fight against terrorism.

Cooperation between Morocco and Spain in the fight against terrorism is “excellent, as evidenced by the multiple joint anti-terrorist operations,” he said in an interview published Thursday by Spain’s news agency EFE, saying that the security of Spain and Morocco are closely related.

El Khayam noted that Spain has recognized, following the 2004 attacks in Madrid, the need for taking preventive measures to deal with terrorist threats, an approach which was adopted also by Morocco.

He pointed out that terrorist plans targeting Morocco in recent years were foiled thanks to a “proactive policy” based on a strategy encompassing religious field management and the monitoring of terrorist activities on the web, in addition to Salafists’ rehabilitation measures and the permanent exchange of information with Western countries.

Some terrorist cells dismantled had “advanced plans” to commit attacks in Morocco, he added, saying they had targeted public figures and police patrols.

“The majority of Moroccan jihadists traveling to war-zones have the ultimate objective of carrying out attacks in their country,” he said, adding that 200 jihadists returning to Morocco were arrested in recent years.