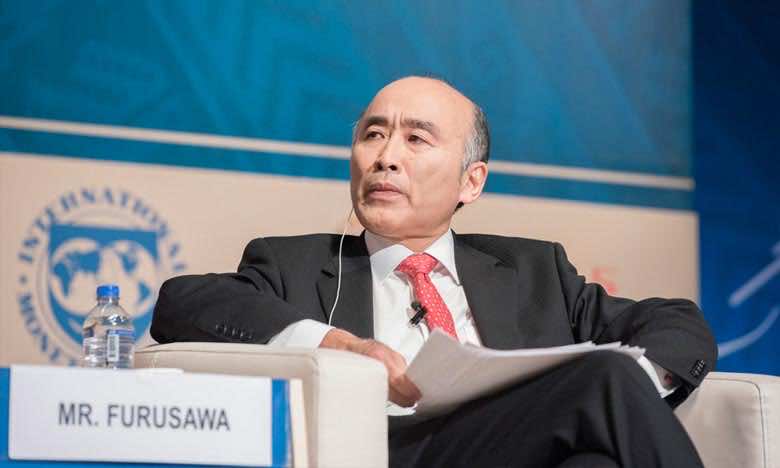 “Strong policy implementation has helped reduce fiscal and external vulnerabilities and significant progress has been achieved on reforms, Furusawa,” who is also the Acting Chair of IMF’s Executive Board, added in a press release.

The Executive Board of the International Monetary Fund (IMF) completed on Wednesday the third and last review of Morocco’s economic performance under a program supported by a two-year Precautionary and Liquidity Line (PLL) arrangement, and reaffirmed Morocco’s continued qualification to access PLL resources.

“Fiscal developments have been positive and consistent with the authorities’ objective to reduce the deficit to 4.3 percent of GDP in 2015. Substantial progress has been achieved on the subsidy reform, while support to the most vulnerable has expanded,” he noted.

“Progress has also been made in upgrading the financial policy framework, including implementing recent Financial Sector Assessment Program recommendations, in addition to implementing Basel III norms and the new banking law,” Furusawa added.

“Morocco’s external position has improved considerably, owing mainly to strong policies, rising exports in newly developed sectors, lower oil prices, and robust FDI, with reserves reaching a comfortable level. Structural reforms to improve the business climate and enhance competitiveness continue to be a priority in order to build on those gains,” he said.

The current two-year PLL arrangement in an amount equivalent to about US$5 billion, which was approved by the IMF’s Executive Board in July 2014, supports the authorities’ program to rebuild fiscal and external buffers and promote higher and more inclusive growth.

The arrangement, which will expire in July 2016, has provided insurance against external risks.