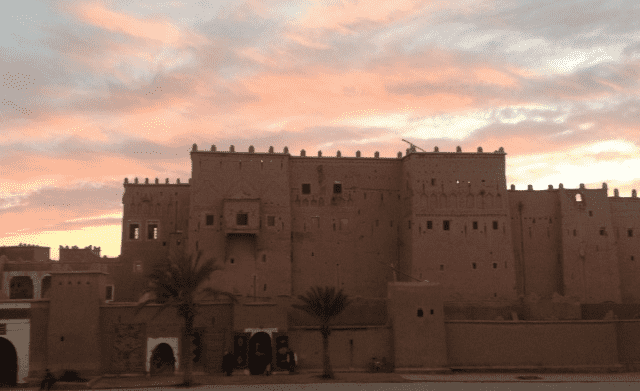 Rabat – During a morning TV show, the Bulgarian national channel BN TV1 showed a special program about film studios in Ouarzazate describing it as “the city of cinema and Amazigh culture.”

The report, which was filmed in Ouarzazate and presented by Anna Angelova, discussed the geographical and professional qualifications of the “City of Movies” and home of Atlas Studios.

Amine Tazi, the director of Atlas studios in Ouarzazate, explained in an interview with the Bulgarian press team that Ourzazate is a unique film site that feels like stepping inside the story of “One Thousand and One Nights.”

Throughout the program, Ms. Angelova showcased some of the activities that take place in the Moroccan film studios where a long list of international movies and television shows have been filmed like “Star Wars,” “The Man Who Wanted to Be King,” ”James Bond,” “Gladiator,” “The Wrestler,” “ The Mummy,” “Asterix and Obelix,” “The Game of Thrones” and “The Kingdom of Heaven.”

The report also showed the vast landscape and high-quality facilities that characterize the shooting locations for Ouarzazate’s film studios.

One Atlas Studios staff member interviewed by the press team said, “We are known for the quality of our services, and the sets we make are built to last, while in other places most sets decompose after a year or two.”

In the same report, the Mr. Tazi stressed, “Ouarzazate, the city of movies, will attract more filmmaking in the future, because Morocco guarantees security and safety for all.”

The journalist Ms. Angelova noted that American movie actor and director Martin Scorsese knows Ouarzazate very well and that she agrees with his statement that “People have to start talking to know more about other cultures and to understand each other.”

The Bulgarian channel BN TV1’s visit to Morocco was part of a press trip  organized by the Moroccan Embassy in Bulgaria in cooperation with Morocco’s Regional Office of Eastern Europe and the Moroccan National Tourist Office.

This visit enabled the Bulgarian press team to film and produce other segments about Moroccan cities, like Essaouira, that attract large numbers of tourists, as well as a report about the 15th annual Marrakech International Film Festival.