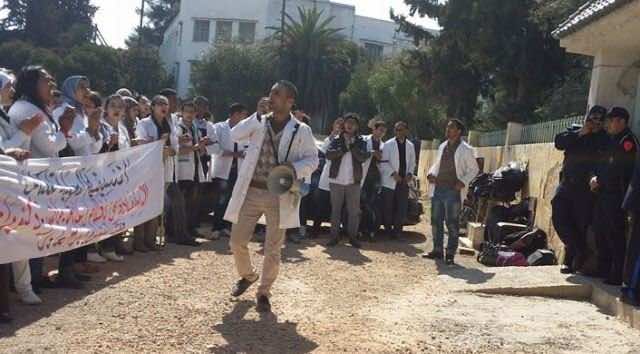 Fez – The National Coordinating Committee for Unemployed Nurses has decided to organize a national march next Thursday, February 4 in Rabat, in protest for the constitutional right to work.

In a statement, the Coordinating Committee said that the number of unemployed nurses increases every year due to the policy adopted by the government to privatize both the health and education sectors, which translates to fewer paid positions allocated by the Government to the Ministry of Health.

“We want Moroccans to know that the oppression and ignorance that the teacher trainees face has similarly been experienced by unemployed nurses since 2012,” Abdullah Mayrouch, a member of the National Coordinating Committee for Unemployed Nurses was quoted by Hespress as saying.

“We face poor living conditions as a result of these government policies that strike at the depth of recent gains in citizens’ rights,” he added.

Mayrouch called for “tomorrow’s teachers” to continue in their struggle until they overthrow harmful decrees, especially those separating training from employment. He explained that teachers have been “victims” since 2007, when they accepted the ordinance requiring them to take an exam after receiving their diploma in order to obtain a job.

“This misstep cost us a lot, and affected other cohorts subjected to the byproducts of this policy,” Mr. Mayrouch said.

The Coordinating Committee called for the government to provide adequate employment positions for all nursing specialties, and to announce recruitment examinations dedicated to paid positions for 2016, as well as a new policy equating an educational diploma to a professional one.

The Coordinating Committee expressed its willingness to carry out all forms of protest in the continued fight for the right to work. “Nurses and recent graduates and students are ready for all types and forms of protest, including sit-ins, hunger strikes and marches,” Mayrouch concluded.