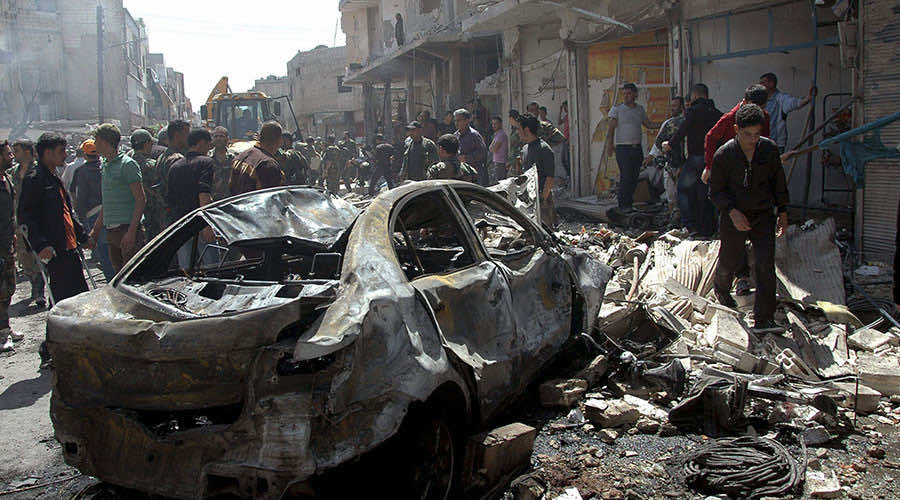 Rabat – Up to 60 people, including 25 Shia fighters, have been killed and up to 110 left injured in suicide attacks on the Shia shrine of Sayyida Zeinab, located to the south of capital Damascus on Sunday.

The attack will increase pressure on both Government and opposition groups as they prepare to meet in Geneva, in hope of finding a political resolution to the ongoing civil war in the region.

Responsibility for the attack has today been claimed by militant group ISIS. In a statement published earlier they stated that “Two soldiers of the caliphate carried out martyrdom operations in a den of the infidels in the Sayyida Zeinab area,’’

Whilst IS claim two bombers were culpable, Syrian state news organization SANA has reported that three explosions occurred during the attack. The inital attack taking place at a nearby bus station, followed by two suicide attacks that came as people surrounded to the scene.

Reports state the attack has left the area devastated, with a huge crater torn into the road and buildings and cars left in ruins.

For the majority of Shia Muslims, the shrine of Sayyida Zeinab has remained an important destination despite the civil war, and has been targeted by radicals as recently as last February.

The importance of the shrine symbolizes the differences between Sunni and Shia Muslims as it contains the grave of the daughter of Ali ibn Abi Taleb. The cousin of Prophet Mohammed, and the man Shia Muslims claim was his rightful successor.

The Geneva talks, which are due to start today, will involve members of the Syrian government as well as the High Negotiations Committee (HNC), the main opposition body. Though HNC has threatened to pull out due to the ongoing use of military action.

Speaking before the meeting, US Secretary of State John Kerry emphasized the importance of the talks. Saying there was no military solution to the situation, and that the widespread fighting could spread if the correct action was not taken.

Should they go ahead as planned, the talks would be a welcome development in a war with a death toll that currently stands at over 260,000, with up to half of the population of the country having been displaced.