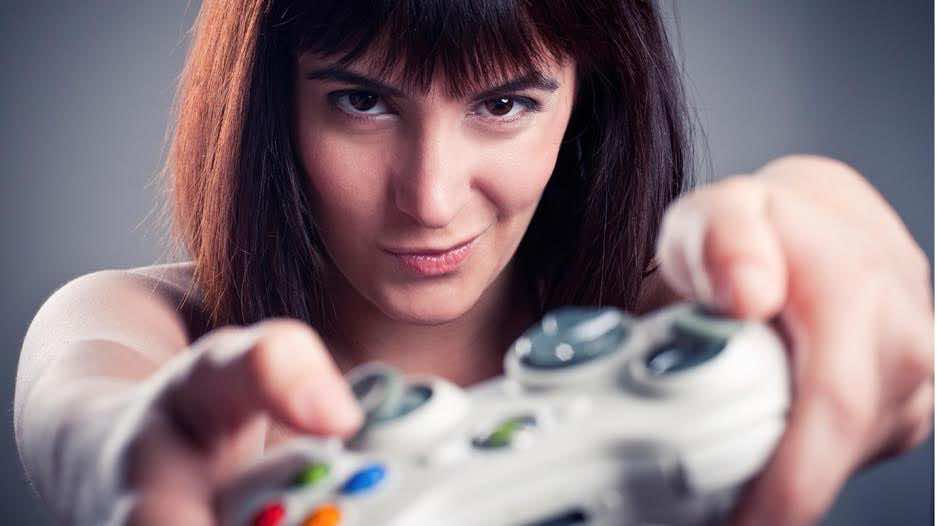 New York – There’s no doubt that gaming has gone up a level in recent years. The next gen consoles are partly responsible whilst mobile and online gaming are also become increasingly popular generating millions upon millions of pounds.

But it isn’t just the platforms themselves which have evolved and changed, so have users. If we’re going off stereotypes you can picture a gamer as a nerdy teenage boy with more spots than friends and sits in his pants in his bedroom, only pausing to grab a hamburger or scratch his bum.

It’s a pretty damning assessment of gamers, and one which is actually now way wide of the mark. In fact, statistics show that over half of gamers are female, and that’s on the rise too.

Thinking about it, it begins to make sense, particularly with mobile. Kim Kardashian’s Kimoji app saw 9,000 downloads per millisecond recently, whilst her Hollywood game raked in a staggering $200million, many of which were downloaded by women.

On top of this, according to the Ladbrokes Bingo Quiz, 83% of online bingo players are female in what is another area of gaming hugely on the rise.

We’re likely to see the trend of female gamers rise more in the coming years, with developers targeting the gender more and more.

Studies have shown that it’s mobile games which appear to be the most popular amongst women, however, this has also drawn some questions.

Some have questioned whether women are more interested in mobile games or the rise of female mobile gamers is actually because they’re used to being told ‘proper’ games aren’t built for them. After all, female protagonists are still very much rarities.

Additionally, when it comes to developers themselves, only 12% of game designers in the UK and 3% of programmers are female, and barely visible in the industry.

However, across the pond more recent research from a playing perspective has shown that the number of console-playing females is rising and a survey in the USA found that 42% of its female participants owned a console.

2016 is going to be an incredibly interesting year to see how gaming develops further both technologically and with its users.