Rabat - An amateur Dutch runner died of a heart attack on Sunday while participating in the 27th annual half marathon of Marrakech, according to Maghreb Arab Press (MAP). 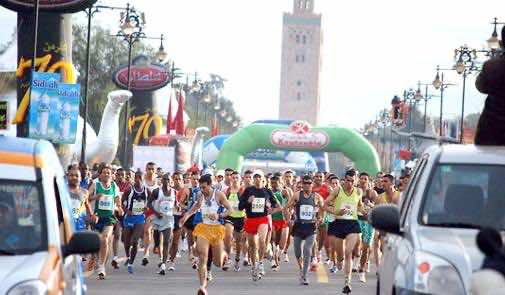 Rabat – An amateur Dutch runner died of a heart attack on Sunday while participating in the 27th annual half marathon of Marrakech, according to Maghreb Arab Press (MAP).

Patrick Ahandris, 44, collapsed after suffering a heart attack while running in the event, according to a medical source. The victim received first aid on site before he was transferred to the Ibn Tofail hospital in an unconscious state. Despite several attempts to resuscitate the runner, he later passed away.

An investigation was opened to determine the circumstances of his death, according to the same source.

The competition was held alongside the International Marathon of Marrakech, in which Kenyan Moses Gaikaria Mbugua was crowned the winner.