Casablanca - In an age when social media has provided a new battleground for political opinions, sentiments, and discontent, politicians have had to tread carefully to avoid public disgrace. 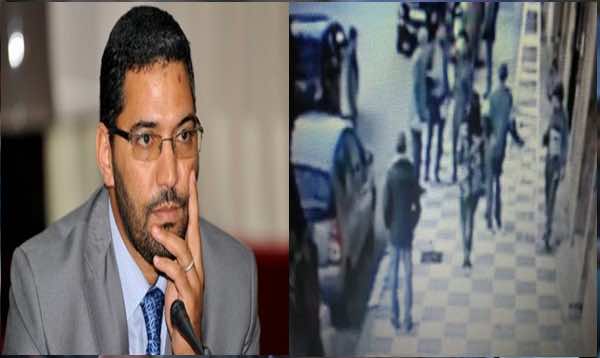 Casablanca – In an age when social media has provided a new battleground for political opinions, sentiments, and discontent, politicians have had to tread carefully to avoid public disgrace.

The actions of one MP representing the Justice and Development Party (JDP), however, have shattered this cautious approach in a graceless demonstration of violence.

A video caught by a hotel CCTV camera in Meknes has gone viral on social media, showing MP ‘Abd-essamad El-idrissi assaulting one of the city’s citizens.

The man, who was identified as ‘Abd-elghani El-ghazali, was painting a sidewalk near the hotel for a contract job. El-idrissi promptly appeared on the scene and kicked the painter’s bucket away from him. El-ghazali can be seen trying to explain to the MP before being slapped and punched several times in the face. He proceeded to take a few steps backwards, but El-idrissi followed and punched him in the face again.

A female passenger who witnessed the scene confronted the MP and apparently rebuked him for his heinous actions. Shortly after, other drivers stopped to gather around El-idrissi and express their own condemnation. The MP then backed away towards his car, which was parked nearby.

While the attack itself is enough to stir outrage, online users have also taken to social media in disgust after the MP reportedly filed a lawsuit against the painter prior to the video’s release, accusing him of threatening with murder.

Thousands of Moroccans have seen and shared the video on Facebook as well as other social media sources. Their comments denounce the injustice inflicted upon El-ghazali, citing the attack as just one instance of the abuse of power exercised by politicians who are protected under diplomatic immunity. Among the flood of curses and angry comments, one Facebook user asked, “Whatever this man has committed, does it give you the right to slap him?”