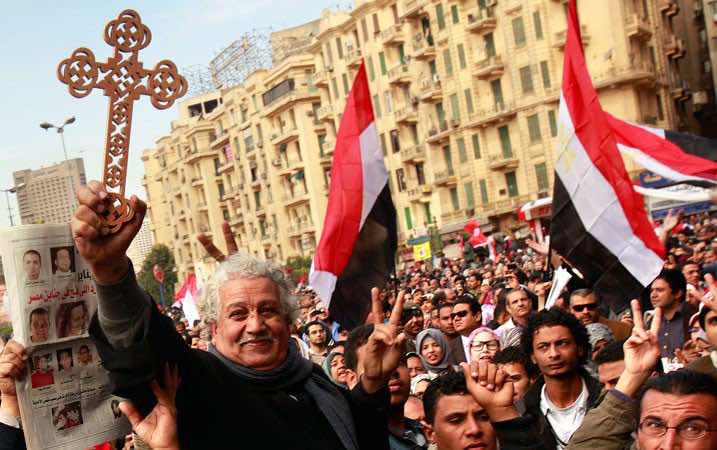 Rabat – Three Coptic Christian students will stand trial on Thursday, on charges of insulting Islam, after appearing to mock Muslim prayers in a video.

The 30-second clip, which was filmed by their teacher, was first discovered in April of last year. It shows the students reciting Quranic verses whilst pretending to kneel down and pray. At one stage, one of the students appears to mimic a beheading on his fellow student.

The trials follow the prosecution of the students’ teacher last year, after he was accused of the same crimes. He is currently serving a three-year prison sentence for his offences.

Maher Naguib, a lawyer from the region called for more protection for the students.

“This is all because of random and spontaneous action by some youngsters inside a bedroom and for only few seconds… The students couldn’t attend school and remained indoors to avoid insults, beating and harassment,” he said according to ABC news.

The case reflects an increasing state of religious tension in the region and is one of several legal trials relating to blasphemy towards Islam that has taken place in recent weeks. Last week, prominent author Fatima Naaot was given a three-year prison sentence for blasphemy.

Christians currently make up around 10% of the Egypt’s population, and President Abdel-Fattah el Sissi had stated his intentions to modernize the countries attitudes to religious freedom. This promise played a big role in Egyptian Christian groups support for el-Sissi when overthrowing former president Mohammed Morsi in 2013.

Speaking in June of last year, human rights group Amnesty International condemned el-Sissi’s claims of increased freedoms, saying that whilst he has tried to create an image of stability and trust “the violence and repression in Egypt is reminiscent of the darkest days of Mubarak’s three-decade rule,”