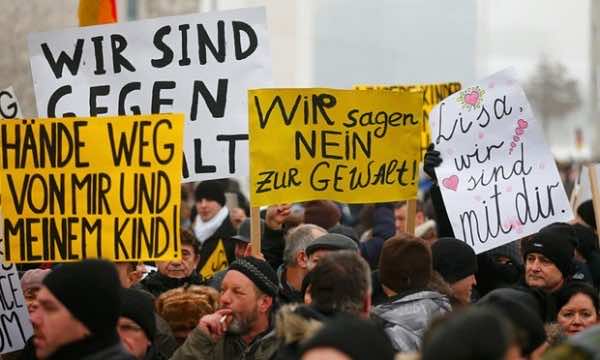 Rabat – A 13 year old Russian-German girl in Berlin has admitted to police that her alleged rape and abduction by migrants, a story that added fuel to the flames of anti-migrant rhetoric in the region, was entirely fabricated.

The girl, named only as Lisa, had said that after going missing for nearly 30 hours in December three men of Turkish and Arabic origins “had kidnapped her at a local train station and systematically abused her over the period of her disappearance.”

Martin Steltner, spokesman for the state prosecutor said that the girl, whose phone records show was in fact with a German man “withdrew her claim after a medical examination showed that she had not been raped,” according to CNN.

The man, who is of Turkish descent, had said the girl was struggling at school and did not want to go home. In an interview with Der Speigel magazine, the girl’s mother said that she was “doing very badly” and was undergoing psychiatric treatment.

Russian state news weighed in to allege that the case was not being properly investigated, further intensifying the situation.

The case had provoked widespread condemnation and street protests in Russian-German communities, with support from far-right Pediga-related radical group Bärgida.

In Russia, criticism government’s of German authorities handling of the case was fierce with Foreign Minister Sergei Lavrov saying that political correctness was to blame and that “The news that she disappeared was kept secret for a very long time,”

The story broke in the wake the New Year’s Eve attacks in Cologne, where it is alleged that large groups of North African and Middle-Eastern migrants had operated in groups to sexually abuse women. The case prompted over 838 criminal complaints, and increased scrutiny on European countries ability to integrate asylum seekers and migrants.