New York - One of the four Imperial Cities of the Kingdom of Morocco, Marrakech has changed considerably. 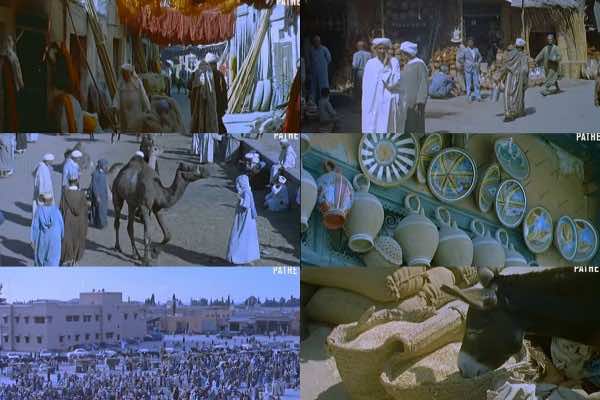 New York – One of the four Imperial Cities of the Kingdom of Morocco, Marrakech has changed considerably.

Known today as one of the top destinations for tourists, the “Red City’s” patrimony is rich, iconic and it has shaped its wonderful legacy.

A short historic documentary “Marrakech 1960” presented by British Pathé Pictures portrayed the lifestyle of the “Pearl of the South” almost six decades ago.

The captivating and colorful documentary shows the real spirit of the Marrakech of the 1960s, which was found at the heart of its markets in the old medina, where trade and bargaining were the norm.

Tourists from all over the world made the trip to southern Morocco to buy traditional souvenirs such as painted bowls, fez hats, and berber hats – used by Marrakechi.

In the 1960’s, it was customary to trade first and second hand camels in the city’s market where you had to learn how to bargain to get your way.

Marrakech markets attracted large crowds where the influence of the Berber people was strong – in their habits and wardrobe.

Corn was a staple food transported up to 50 miles by camels and wool was dyed and sun-dried along the medina’s rooftops.

Marrakech was the oasis of the 20th century. A blend conservative traditions in the lives of the Marrakechi and the modern influence of European visitors who enjoyed the richness of the North African country.