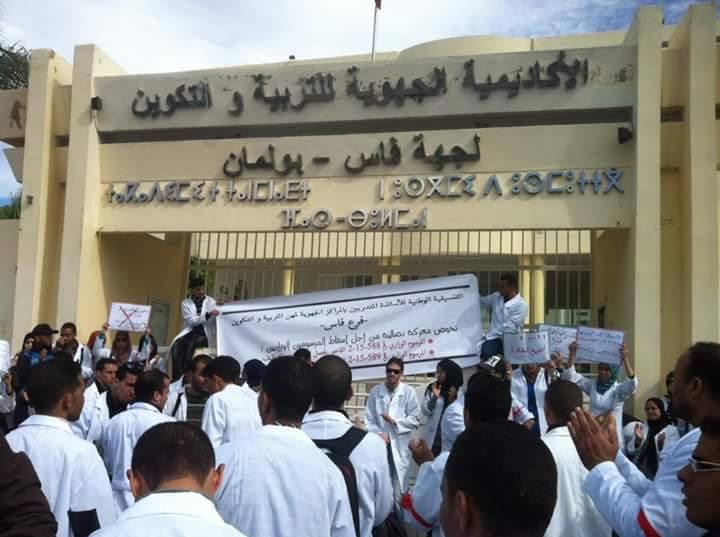 Tangier – Nowadays, most of Moroccans assume that they live in a democracy only by having the right to vote in elections. By this, they feel that they can express themselves freely on the issues of the day, holding whatever opinions they wish on the political leadership of their country without fearing negative reprisals for disagreeing with or criticizing those in power. But in reality, when we notice now that the teachers are oppressed and badly treated, there should be a reconsideration of the concept of democracy.

It is true that from the concept of “rule of people” to “rule of people by people,” the people have remained the basis of democracy since the ancient Greeks. In this context, Alan Thoran questions in his book “Qu’est ce que la démocratie”: on what condition does the concept of the popular sovereignty lead to democracy? In another meaning, what is the difference between democracy as a people’s sovereignty and democracy as a people’s court?

Back to everyday practice, we find that the definition of democracy as “rule by people” is considered to be a deceiving definition in which most Moroccans, even citizens in other countries, have realized that they don’t rule and that the representative they have elected make decisions against their will. This gives them the impression that democracy is a kind of deception. Here lies the danger. Instead of shedding light on those who rule, there should be thought on effective mechanisms to prosecute those who have caused corruption.

Based on this, democracy is not a people’s sovereignty; it is foremost an institution that provides citizens the means to defend themselves against corruption, against every attempt to rob freedoms and abuse of practicing power. Democracy, in this sense, enables us to get rid of the oppressive government without resorting to violence. Also, the importance of defining democracy as a people’s court lies on its procedural and practical nature – not the theoretical or verbal – where it is necessary to form a system to avoid a tyrannical and corrupt government.

For this type of system to work, the political discourse should be revised, requiring a closer proximity to the citizenry, a consistent and sincere dialogue between the government and its citizens – including an objective analysis thereof – and a respectful discourse between all those working to better Morocco. In addition, this process of battling corruption must extend to those who are responsible for crimes against teachers. If democracy is to be realized as a people’s court, than that court must not only prosecute the corrupted, but also protect those who are tasked with educating the next generation of Moroccans.

Abdelhak Belffkih is a researcher at Abdelmalik Essaadi University – Tangier