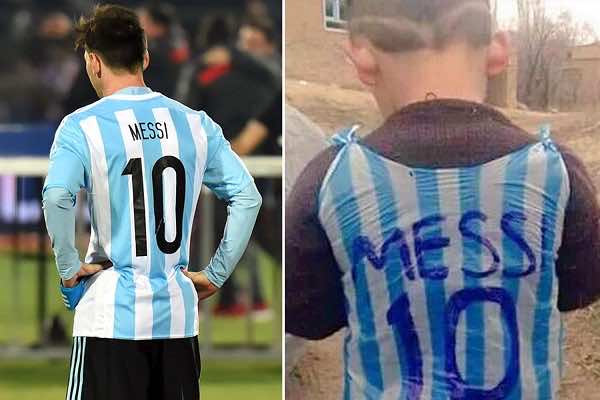 Rabat – The Afghan Football Federation (AFF) has confirmed that there has been contact between the organization and the FC Barcelona to fix a date for the meeting between the Argentine superstar Lionel Messi and the young fan.

The internet fell in love with little Murtaza Ahmadi this week, after a photo of the five-year-old from southern Afghanistan with a homemade Messi shirt made out of a blue and white plastic bag was widely shared on social media.

Now it appears that Ahmadi’s dream is set to become a reality, as the Catalan club plans to fly him to Barcelona in order to meet his idol.

“We have been in contact with Leo Messi and Barcelona to arrange a meeting,” announced AFF spokesman Syed Ali Kazemi. It is believed that a date for the meeting is yet to be finalized.

The story first appeared last month, after the photo of young boy in his makeshift Argentina shirt with Messi’s number 10 written on the back of it circulated online.

Ahmadi belongs to the Hazara ethnic minority, whose difficulties are described in the bestselling novel “The Kite Runner.” The boy lives in a remote village in the Ghanzi region of southern Afghanistan.