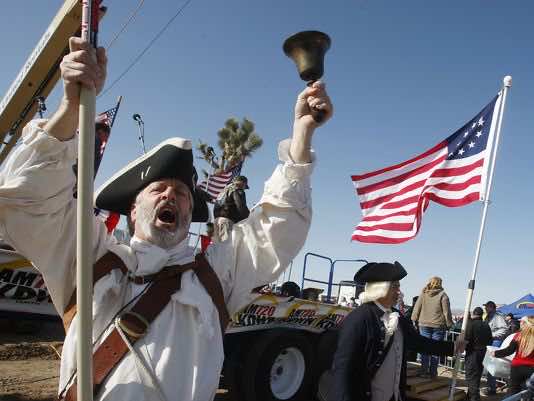 Rabat- A local branch of the far-right US political movement, the Tea Party, have claimed that middle school students in Roane County, Tennessee are being indoctrinated into Islam by their seventh grade social studies curriculum.

Roane County Tea Party members assert that students recite Islamic prayers in class and are taught that Allah is the same God that exists in the Hebrew Bible.

Furthermore, they claim that schools in the area are pushing Islam on students at the expense of other religions as part “an agenda of elevation and eradication,” towards Christianity, according to reports by Wate.com.

The news company also gained access to the textbooks accused of forcing an Islam on students, though none of the Tea Party claims were substantiated by a careful review of these books. A revelation that prompted local Tea Party representative Lucinda Shath to state that “there’s probably digital downloads on tablet… there may not be a textbook.”

In response, the Director of Schools in the region Gary Aytes explained the schools’ curriculum regarding religion. “There is a history of the settlement of the Arabian Peninsula and how that affected the history of the world, just as there is a section on the Buddhists, Judaism, Christianity and other world religions and how it affected history,” Aytes said.

This story follows continuous Islamophobic rhetoric propagated by some far-right groups in the US, and this is not the first time that the Tea Party has spoken out against the religion. The national movement’s official website states that “Islam is the face of evil” and claims that there “is a war that has been waged since 632 AD.”

There are currently an estimated 2.75 million Muslims living in the United States.