Taroudant - President Obama called on all Americans to stamp out anti-Muslim prejudice during his first presidential visit to a mosque in Baltimore on Wednesday. 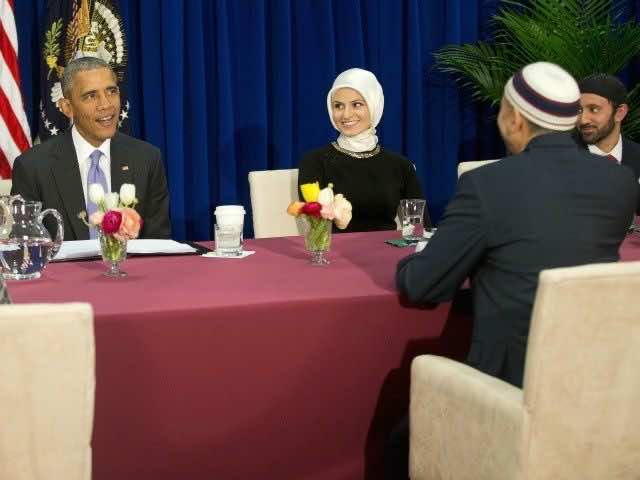 By
Larbi Arbaoui
-
Larbi is a freelance writer and assistant editor at Morocco World News.
Feb 3, 2016
Spread the love

Taroudant – President Obama called on all Americans to stamp out anti-Muslim prejudice during his first presidential visit to a mosque in Baltimore on Wednesday.

The US President started his tour of the Islamic Society of Baltimore, one of the largest mosques in the mid-Atlantic region, with a roundtable of Muslim community leaders.

Obama focused on the message of religious tolerance and unity, denouncing the rise in “extremist elements” who commit heinous acts in the name of Islam, and, in turn, allow innocent Muslims to get attacked because of a “radical tiny minority.”

“An attack on one faith is an attack on all our faiths,” Obama said, adding that “we have to be consistent in condemning hateful rhetoric … none of us can by bystanders to bigotry.”

Obama called on Americans to stand against Islamophobia and denounce any acts of hatred.

“We’re one American family, and when any part of our family starts to feel second class or separate or targeted, it tears at the very fabric of our nation,” the president said.

The US president denounced the “extremist elements” who twist Islamic text into violent ideology.

“We must never give them that legitimacy. They’re not defending Islam,” Obama said.

He reminded the Americans that most of the victims of the terrorist groups are Muslims themselves.

“The vast majority of the people they kill are innocent Muslim men, women and children.”

According to the White House, the aim of Obama’s visit to the Islamic Society of Baltimore mosque is to celebrate the contributions Muslim Americans make to our nation and reaffirm the importance of religious freedom to our way of life.

According to the Baltimore Sun, the Islamic Society of Baltimore has about 3,000 congregants, and runs a K-12 school, summer camp and health clinic.