New York - Intelligence, beauty, perseverance and the full embodiment of her diverse culture – this is Wafah Jehou, a Moroccan-born entrepreneur who is effectively carving out her niche in the United States today. After several years working in Wall Street and more recently the in the New York real estate market, Ms. Jehou has started her own company Atlas Gallery LLC, where she showcases luxury Moroccan home decor items. 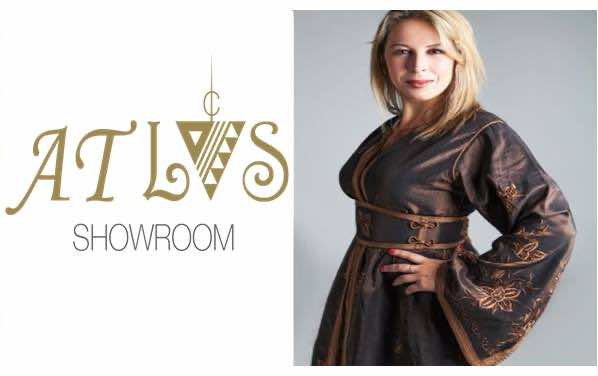 New York – Intelligence, beauty, perseverance and the full embodiment of her diverse culture – this is Wafah Jehou, a Moroccan-born entrepreneur who is effectively carving out her niche in the United States today. After several years working in Wall Street and more recently the in the New York real estate market, Ms. Jehou has started her own company Atlas Gallery LLC, where she showcases luxury Moroccan home decor items.

Atlas Showroom, her online division, was launched in the fall of 2015 and has quickly become the go-to destination for authentic artisan-made goods from Morocco including furniture, ceramics, rugs, and high-quality decorative and garden offerings.

MWN: Can you give us a little introduction to who you are?

W. Jehou: My name is Wafah Jehou and I am from the city of Meknes in the north of Morocco. I’m a businesswoman: a real estate adviser, a financial trading professional and now a budding entrepreneur. We just launched Atlas Showroom in November and I could not be more excited.

MWN: Where did the idea for Atlas Showroom come from?

W. Jehou: I should begin by saying that while the business is new, the idea is not new at all–I’d say about three years ago I first contemplated the idea. I was back in Morocco visiting with family and I found myself in a bazar buying gifts for friends and it occurred to me how beautiful, unique and original everything was. Obviously, I had been to bazars many times before, but on this occasion it just hit me on a different level and I began thinking: “You love these creations. Why not try to make a business out of this?”

MWN: Did you know what to do next?

W. Jehou: Absolutely not. I had no idea how to start. It was all new to me. However, one thing I’ve learned over the years is that when you begin to fixate on something, you can make a seemingly impossible-sounding dream become a reality. But before all this, of course, comes the question of commitment. I wasn’t sure at first if I was willing to commit a 100% of myself to make it successful. Like any individual who considers such a bold career move, I already had other work and responsibilities. So it was initially a question of how to approach the idea. I knew I had to go all in to make it work.

MWN: Why did you decide to pursue this venture now?

W. Jehou: First of all, from a strict business standpoint, I had conducted a little research as I explored the idea in New York and realized that the market for all things Moroccan was steadily growing, but by no means was it saturated. Not even close. Additionally, in the last couple years I had begun to notice that Americans were increasing their knowledge about Morocco: who we are, where we are and the beautiful things we make. All of a sudden it seemed I would be at a dinner party or someone’s home and they would mention a little something about Morocco—that they loved the bold colors or the intricate tapestries or that they had a friend with an amazing piece purchased in Fez or Marrakesh. It was an opening, just a small point of discussion but I noticed how much more open people were to talking about the culture and the art. It just seemed that something has shifted and Morocco was now more on people’s radar.

On top of that, for a while I had been thinking on a personal level that I wanted to give back to my home county, my parents and just be closer to my Moroccan roots. Starting a business with the work of master artisans at the center of things certainly seemed like a way to accomplish this.

MWN: Can you tell me a little bit about what have been some of the obstacles thus far I making your dream a reality?

W. Jehou: The first obstacle—really the biggest one—is always commitment. You see, I didn’t want to just “kinda, sorta “do it—I wanted to really dive in. But, of course, as I’ve mentioned that takes commitment—and vision—and commitment as we all know can be challenging. Then there’s the organizational leap. While I dutifully drew up a business plan, talked to colleagues and did an exorbitant amount of research, at the end of the day I was confronted by the fact that for first-time entrepreneurs there’s always going to be a tremendous learning curve when it comes to launching a successful business. And let’s face it: This is essentially a shoestring startup, which means limited resources, etc. As an entrepreneur, you have to think logistics, capital, inventory, accounting, and marketing—everything all at once. Not an easy trick!

MWN: Speaking of obstacles, can I ask you what some of the particular challenges are as a female entrepreneur?

W. Jehou: Sure. As you may know, Morocco is a very male-dominated country and to be taken seriously you need to be accompanied by a man when you broker the initial deals with artisans and their representatives. I’m a very independent person and this was, as you can imagine, a bit aggravating at times. However, having committed myself to the total goal, I accepted it as part of the business journey. But that was only one aspect..

We would arrive, my male companion and I, and he would provide an introduction. The introduction was crucial as it allowed me to then formally enter into a serious discussion about what I was looking for. I noticed that once we began talking in earnest, the artisans would then–and only then–take me for real. Of course, it helps to know what you’re talking about and I absolutely did. But as I say, you always need the man to broker the discussion. At least until things change.

Let me also add that the difficulties don’t end at the Moroccan border. Even here in America, it’s not always easy for a young woman to have credibility in business dealings. Friends and colleagues have been known to say, “It must be so difficult, especially as you’re a woman,” or “you’re really doing a great job as a woman.” Why the emphasis on gender? It’s as if they don’t expect as much from females. Anyway, it’s a feeling out there and it makes things more difficult.

MWN: I’m curious about your perspective as someone who’s able to straddle the cultural and physical divide between North American and North Africa, New York City and Morocco. Is there something about this unique intersection of cultures and countries that you find helpful as a businesswoman?

W. Jehou: Let me tell you, I feel very fortunate to have been educated in France and the United States and to have reached a certain level of success here in New York. I’ve been through a lot but I’m also very, very fortunate. In New York City, I have a job, I speak the language and I know the people. But I’m also steeped in all things Morocco and it’s a place where I still have a deep, abiding connection with.

I think because I love the culture and the beautiful handcrafted creations that are produced out of a timeless tradition, that I’m uniquely qualified to be doing what I’m doing, which is to be a kind of ambassador for these magnificently realized chairs, sofas, mirrors, tables, carpets, fountains, plates—what have you. Of course, I’m not just a simple traditionalist: I’m independent, adaptable, curious—and all these things have put me in the position to really believe in the power and beauty of who I’m representing and what I’m selling. This is not about exploiting a niche; it is about love of country and especially love of the artisan way of life. I really think I can leverage my business acumen to help these artisans earn a better living while sharing their beautiful, magical works with people here in the U.S. and elsewhere.

MWN: Final question, Wafah: Where will Atlas Showroom be in 10 years?

W. Jehou: Well, that is the million-dollar question, right? Haha! I’ll tell you this: I really have my fingers crossed that there will be an actual physical showroom in New York—and maybe in Miami and Los Angeles as well. Big dreams, I know, but if Atlas catches on and people continue to be curious about premium handcrafted goods from Morocco than I think it’s at least a possibility.

At the same time, I’d like to also expand the business and the brands so that I have more lines and can offer customers some of the other amazing goods from Morocco that I’ve yet to bring to the marketplace. Things like the famed Moroccan jewelry, for example. Then there’s the idea of strategic partnerships. If I want to take Atlas to the next level, I’m going to have to increase my exposure by establishing new partnerships with those individuals and entities that can help bring me greater reach. I’m confident this can and will happen.

Of course, while I contemplate expanding my operations I don’t ever want to forget why I got into this in the first place: To give back to those world-class artisans who toil away in obscurity and whose beautiful creations are at the cornerstone of why I do what I do. I don’t ever want to lose sight of their time-honored contributions.