Rabat - A video of young, illegal Moroccan migrants in Germany, expressing their concerns over the recent agreement between the Moroccan and German governments to deport illegal migrants, recently went viral on social media. 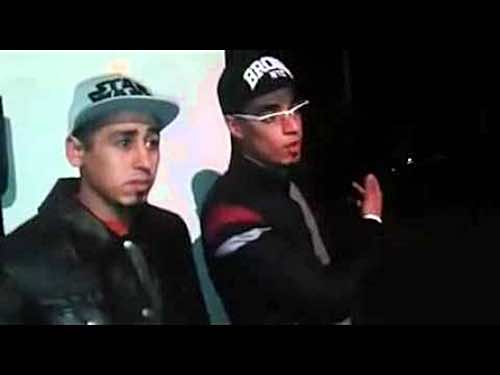 By
Larbi Arbaoui
-
Larbi is a freelance writer and assistant editor at Morocco World News.
Feb 4, 2016
Spread the love

Rabat – A video of young, illegal Moroccan migrants in Germany, expressing their concerns over the recent agreement between the Moroccan and German governments to deport illegal migrants, recently went viral on social media.

Posted by Lakome on Tuesday, 2 February 2016

In the video published by Lakome on Facebook on February2, three young Moroccan migrants describe their long and difficult journey through the Balkan countries to arrive safely in Germany. But they fear that their covert migration will be all for naught after Morocco’s agreement with Germany to repatriate illegal migrants to Morocco.

“Our government has done nothing for us,” said one of the migrants. “We are people who just want to live peacefully.”

“We love our country and our king, but we have to find work and secure our future,” he added. “It is disappointing to go back home on a three-hour flight, after I have walked a distance of approximately 250 kilometers during my difficult journey to Germany.”

The migrants claim that they traveled a long and painful route through the Balkan countries and witnessed death on their way to live and work in Germany.

They assert that they are peaceful Moroccans who stand against sexual harassment and any form of discrimination and violence.

These migrants profess that their aim is to make money enough in Germany to set up a commercial project in Morocco. They call on the Moroccan government to end repatriation agreements, arguing that the government should allow them to find work in Germany since it was not able to provide work for them at home.

According to palace statement published by Maghreb Arab Press, “Officials in both countries will immediately step up talks in order to prepare and study the cases of Moroccans irregularly staying in Germany and repatriate them without delay to Morocco.”

Around 4.5 million Moroccans live abroad, most of them in Europe, and their annual remittances total about $6 billion.