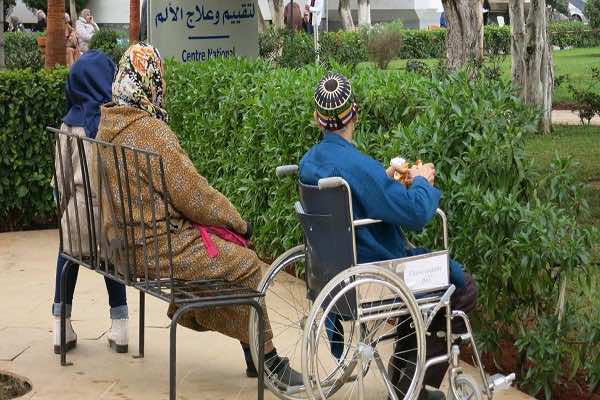 Rabat – Human Rights Watch released a report showing that tens of thousands of terminally ill patients in Morocco suffer from debilitating pain and other symptoms that are completely avoidable.

The 77-page report, titled, “Pain Tears Me Apart”: Challenges and Progress in Ensuring the Right to Palliative Care in Morocco, explains how an estimated 62,000 patients are currently suffering under circumstances that in many other countries would be met with pain-reducing treatment known as “palliative care”.

Only two public hospitals in all of Morocco are currently able to offer this treatment, one being in Casablanca and the other in Rabat. Even here, the treatment is only available to cancer patients. The fact that these cities are in such close proximity to each other also causes problems, as patients in other areas of the country are faced with the choice of either making a long, arduous journey, or going without treatment altogether.

By enlisting the help of 85 patients and health care workers from throughout the country over a period of six months last year, the study found that conditions for patients, especially those suffering from illnesses other than cancer, are grim.

There are currently 40,000 known patients that fit this category in Morocco, and there is no palliative treatment available to them under these circumstances.

“Because of the pain I couldn’t sleep, I couldn’t talk to my friends,” said a one patient suffering from tumors in his leg and abdomen without access to palliative care, “I wanted to crush my head against the wall.”

In 1979 Morocco ratified the International Covenant on Economic Social and Cultural Rights, which includes the obligation of the government to ensure treatment by means of medications such as morphine, the most common form of palliative care. Yet, this most recent study shows that only one in fifty doctors are permitted to administer the drug.

There were hints that the situation was progressing in the report, albeit slowly. In 2010 and 2012, there were encouraging developments in health policies regarding services offering palliative care. By 2015, Morocco became one of the first countries in North Africa and the Middle East to require its universities to include modules on pain and palliative care in their undergraduate medical curriculum.