Taroudant - The Moroccan Centre for Human Rights in Safi called on all Moroccans residing abroad to organize sit-ins outside of Moroccan embassies around the world in solidarity with Abderrahmane, the young man who was arrested for denouncing corruption. 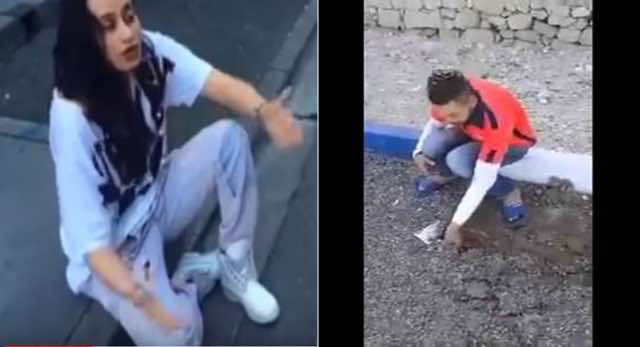 By
Larbi Arbaoui
-
Larbi is a freelance writer and assistant editor at Morocco World News.
Feb 6, 2016
Spread the love

Taroudant – The Moroccan Centre for Human Rights in Safi called on all Moroccans residing abroad to organize sit-ins outside of Moroccan embassies around the world in solidarity with Abderrahmane, the young man who was arrested for denouncing corruption.

The human right activists in Safi urged Moroccans living abroad to express solidarity in any form possible with Abderrahmane, who remains under arrest.

The Centre has also appealed to all human rights NGOs, labor and professional unions and other associations to create a solidarity committee with the young man in collaboration with his family.

The video of the young man, posted on YouTube on January 18, exposed a poorly constructed new road located in the town “El Djema Sahim” in the Safi region.

The video went viral on social media, with many comments hailing the courage of the young man for taking the initiative to denounce corruption.

Social media users were appalled to learn that “instead of being rewarded for exposing the poorly constructed road, the young man was arrested,” after the president of the municipality filed a lawsuit against him.

To stand with Abderrahmane, social media users launched a Hashtag campaign ???_???_???????# which means “I am Abderrahmane.”

Some Moroccan residing abroad shared their videos on social media calling for the immediate release of Abderrahmane, denouncing those who are behind his arrest.

In the footsteps of Abderrahmane, other Moroccans posted videos exposing poorly constructed roads and the bad conditions of the main roads in several Moroccan cities.

According to Alyaoum24, the Minister of Transportation and Equipment, Aziz Rebbah, said that the road in the video doesn’t fall within the responsibilities of the ministry.

The minister said that the poorly constructed road that Abderrahmane exposed in his video belongs to the municipality and that the ministry didn’t take part in its construction, adding that the authorities responsible for opening an investigation in the incident are the Interior Ministry and the Regional Council of Accounts.