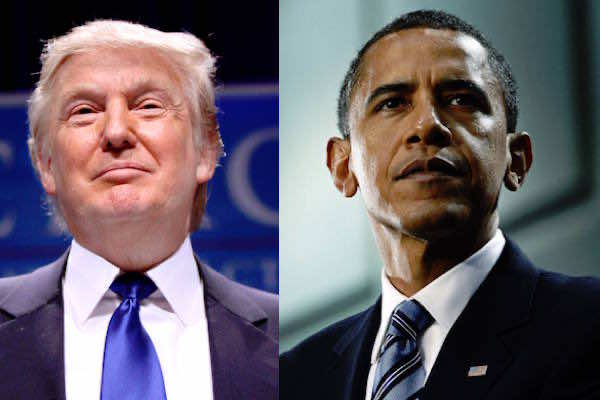 Rabat – Presidential candidate, Donald Trump, current front-runner in the race for nomination for the Republican Party received criticism for suggesting Obama had ‘apologized’ to Muslims by visiting a mosque last week.

President Obama stated that his intention in visiting the mosque in Baltimore was to show solidarity with Muslim communities, who are being treated with increasing levels of suspicion. Trump himself called for a ban of all Muslims coming to America last December.

A poll published this week by the Pew Research Centre estimated that 63 percent of Republican voters said that either “half, some or most” of Muslim people in America are anti-American.

Speaking at an event in South Carolina, billionaire Trump took time to reference attacks made by extremists on American soil—the most recent being a mass shooting in San Bernardino, California in December which saw 14 people killed.

“And then President Obama yesterday goes into a mosque and he apologizes,” Trump said to a chorus of boos from the thousands who attended his rally.

Speaking on Fox News several hours after the speech, Trump persisted in defending his position. “Maybe Mr, Obama felt comfortable [at the mosque],” he said.

This is a clear reference to Trump’s controversial past claim that Obama is a Kenyan-born Muslim, despite the fact he is a self-identified Christian who has provided evidence that he was born in Hawaii.

He also highlighted what he views as Obama’s refusal to use the phrase “radical Islamic terrorism.”

“There’s something going on with him that we don’t know about,” Trump said.

“Islam is peace,” Bush said at the time. “The face of terror is not the true faith of Islam.”