Rabat - Four neighborhoods in Tangier won the Ibn Battuta Grand Prize for Environmental Initiatives presented by the Observatory for the Protection of the Environment and Historic Monuments of Tangier (OPEMH) on Friday. 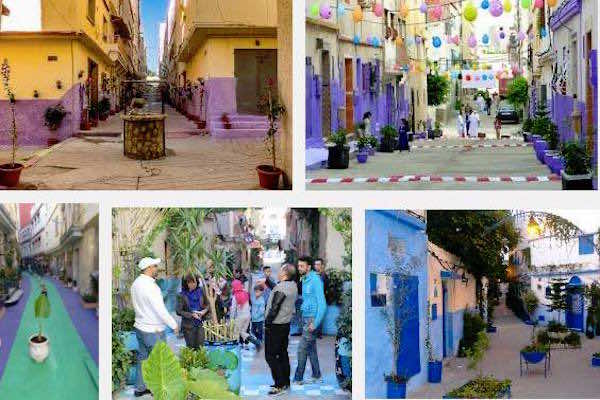 By
Larbi Arbaoui
-
Larbi is a freelance writer and assistant editor at Morocco World News.
Feb 6, 2016
Spread the love

Rabat – Four neighborhoods in Tangier won the Ibn Battuta Grand Prize for Environmental Initiatives presented by the Observatory for the Protection of the Environment and Historic Monuments of Tangier (OPEMH) on Friday.

As part an initiative to beautify neighborhoods in the northern city of Tangier, the Al Inaach in Beni Makada, Ibn Battuta, Atlas and Bir Chairi neighborhoods won the grand prize.

The “Level of Influence” prize was given to the Bir Chairi, Berouaka and Grande Bretagne neighborhoods, while Ziaten neighborhood was awarded the “Challenge” prize.

The awards ceremony was attended by Mustapha Elkhalfi, the Minister of Communications and Spokesperson of the Government, along with officials of Tangier.

The minister has reportedly hailed the “spirit of solidarity” among citizens in Tangier, who undertook their efforts as part of the initiative and worked together with their neighbors in order to beautify their streets and houses.

The president of the Tangier Press House, Said Koubrit, said that these environmental initiatives demonstrate the commitment of Morocco to the preservation of the environment, as the Kingdom prepares to host the 22nd International Conference on Climate next November.

The attendants and participants all appeared satisfied with the results of the competition and made statements encouraging all citizens and community activists throughout Morocco to follow in their footsteps and decorate their neighborhoods.