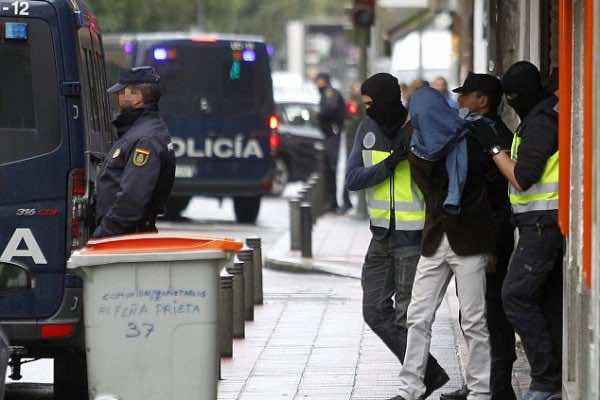 Rabat – Spanish police arrested at least seven people in both Valencia, Alicante and the Spanish enclave of Ceuta (Sebta) in Morocco on Sunday for their alleged links with Jihadist organizations Al Qaida and the so-called Islamic State (ISIS).

The police said in a statement that “four of those arrested are Spanish nationals of Syrian, Jordanian and Moroccan origin” while the other two held Syrian and Moroccan nationalities. The nationality of the seventh person was not specified.

A spokesperson for the police confirmed that the operation was still ongoing around 10:30 A.M. local time (9:30 GMT).

The police explained that these arrests part of an investigation that begin in 2014 on the ” international cells of the Islamist terrorist organizations Jabhat al-Nusra [Al-Nusra Front, Al-Qaeda’s branch in Syria] and Daesh [ISIS or ‘the Islamic State’].”

These cells were responsible for supplying these organizations with “essential logistical equipment for their terrorist activities” affirmed the source without giving further details.

The operation is conducted as a part of an investigation conducted by the Madrid national court that specializes in terrorism.