Rabat - King Mohammed VI’s visit to the southern provinces is "a decisive step for the future of the region and of the Kingdom,'' stressed Member of European Parliament (MEP) Rachida Dati.

Rabat – King Mohammed VI’s visit to the southern provinces is “a decisive step for the future of the region and of the Kingdom,” stressed Member of European Parliament (MEP) Rachida Dati.

As part of an ambitious land use and economic development strategy, “His Majesty the King gives to the southern provinces every means to build a new development model that will bring significant economic, technological and social progress for the entire population of all generations,” Dati said in a statement carried by Maghreb Arab Press (MAP).

The former Minister of Justice of the French Republic praised what she described as Morocco’s “exceptional program” dedicated to industry, tourism, sustainable development, education and research, citing major projects such as the Technology Park of Foum El Oued or the Boujdour Port, with which, she said, the King “once again demonstrates his ambitious vision for Morocco and the Moroccan people. ” Large investments were made in the provinces of Dakhla, Laayoune and Guelmim, “which enter into modernity through a future plan guided by the strong will of Mohammed VI,” she added.

“These technological innovations, these industry advances, these indicators of economic and social progress Morocco enjoys while respecting its traditions, its history and its culture, make the country an example for the whole continent and beyond, particularly Europe and the United States,” Dati said.

The MEP noted that US President Barack Obama publicly applauded Morocco for its “exemplary behavior,” and describing it as “a megaphone of an enlightened and tolerant Islam, in a troubled and unstable international context.”

Dati stressed that more than ever, the European Union needs its Moroccan strategic partner in order to face many common challenges, calling on Europe not to give in to “false pressures nor to the enemies Moroccan national unity.”

Big projects to support the economic development of the region

King Mohammed VI began his visit to the Sahara (referred to in Western media as the “Western Sahara”) on Thursday evening. This is the King’s second visit to the region in three months.

On the first and second days of his visit in Laayoune, the main city of the region, the Moroccan monarch launched and inaugurated several socio-economic projects that aim to generate job opportunities for the region’s workforce and contribute to its development.

On Friday, the King launched construction work for the Foum El Oued-Laayoune Technology Park. This MAD 2 billion project aims to support the economic development of the region. The King also launched a MAD 8.3-bllion project for construction of an integrated industrial complex for fertilizer production in Phosboucraâ in Laayoune.

The visit comes as a follow-up to King Mohammed VI’s trip to the region last November to commemorate the 40th anniversary of the Green March. During that visit, the King announced the launch of big structural projects that aim to improve the area’s infrastructure and transform the region into a model of integrated development as well as a link between Morocco and Sub-Saharan Africa.

“We want this development model to seal these provinces’ integration into the unified homeland and to enhance the influence of the Sahara region as an economic hub and a crucial link between Morocco and its African roots,” the Moroccan monarch said during the speech he delivered to the nation on November 6 last year.

Rachida Dati: “Morocco Has Become the Most Innovative Industrial Power in Africa” 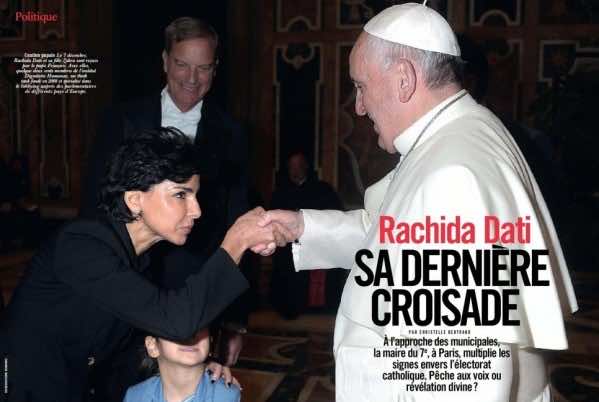