Meknes - King Mohammed VI has called on the Moroccan government to review Moroccan textbooks and make them in line with the precepts of Islam and the Maliki Sunni rite, which advocates moderation, tolerance and coexistence with other religions and cultures. 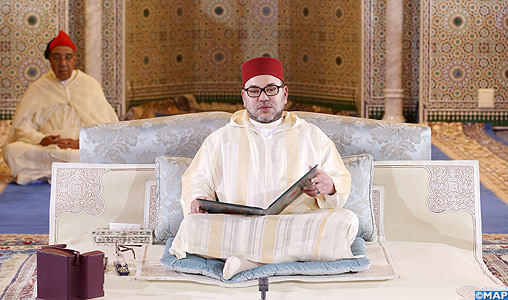 Meknes – King Mohammed VI has called on the Moroccan government to review Moroccan textbooks and make them in line with the precepts of Islam and the Maliki Sunni rite, which advocates moderation, tolerance and coexistence with other religions and cultures.

On Saturday, King Mohamed VI chaired the Council of Ministers in the southern city Laayoune. He called on both the Minister of National Educational and Vocational Training Rachid Belmokhtar and Ahmed Taoufik, the Minister of Endowments and Islamic Affairs, to review religious curriculum and educational textbooks in Moroccan schools in order to ensure a unified program of study for the nation.

The King stressed that the curricula should be based on authentic Moroccan principles and customs that constitute a unified national identity, which embraces Moroccan society’s multiple components. These principles include openness to the knowledge and the use of new technologies that come with modernity.

The goal of this strategy is “attach great importance to education in the values of tolerant Islam, in the Sunni Maliki rite, which advocate moderation, tolerance and coexistence with different cultures and civilizations,” according to a communiqué issued by the Royal Palace on Saturday.

In the beginning of the meeting, the Minister of National Educational and Vocational Training Rachid Belmokhtar delivered a presentation on the ministry’s strategic vision to reform educational, vocational and scientific research by 2030.

The vision aims to create high-quality egalitarian public schools, focusing on the need to prioritize the promotion of foreign languages for instruction in scientific subjects.

It also emphasizes the necessity of upholding the Office of Vocational Training and Promotion of Employment (OFPPT) in order to guide students who are qualified in the technical subjects and professions before they begin their job search.