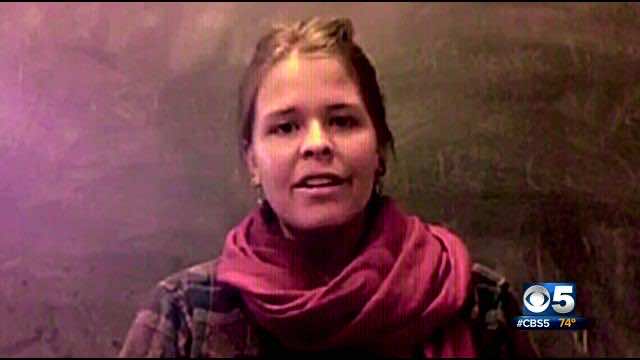 Rabat – The widow of former Islamic State leader Abu Sayyaf was charged on Monday , with  conspiracy relating to the death of US hostage Kayla Mueller.

Mueller had travelled to Syria in 2013 to do aid work, but was kidnapped. The 26-year-old American died in February 2015. The Islamic State had claimed her death was the result of Jordanian air strikes on IS locations in Raqqa.

It is believed that Sayyaf kept Mueller captive for long periods, and she was repeatedly force to have sex with Islamic State chief Abu Bakr al-Bagdahdi.

According to accounts by another hostage who was held at the same time al-Bagdahdi took her as a “wife”, repeatedly raping her whenever he visited.

Abu Sayyaf, Umm’s husband and the Islamic State minister for oil and gas, was killed in the same Delta Force raids that she was captured. Umm Sayyaf is currently being held in Iraqi custody following the charges.

In a statement published yesterday, Assistant Attorney General John Carlin, Head of the US Justice Department’s national security division, said, “We fully support the Iraqi prosecution of Sayyaf and will continue to work with the authorities there to pursue our shared goal of holding Sayyaf accountable for her crimes.”

“At the same time, these charges reflect that the US justice system remains a powerful tool to bring to bear against those who harm our citizens abroad.”

The sentiment echoes promises made by US President Barack Obama following Muellers death, when he said, “the United States will find and bring to justice the terrorists who are responsible for Kayla’s captivity and death.”

The President added that the former aid worker “epitomized all that is good in our world.”