Rabat - Rapid urbanization and rising incomes in Morocco have led to a rise in obesity in recent years, particularly in women, according to research by Fulbright scholar Anna Boots. 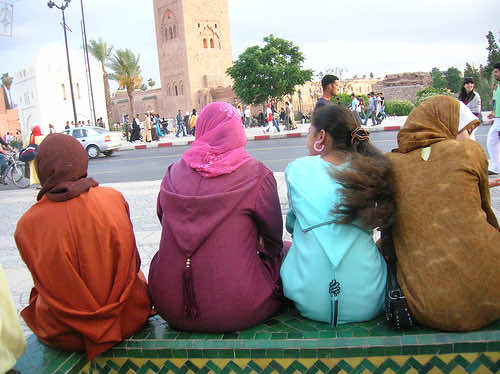 Rabat – Rapid urbanization and rising incomes in Morocco have led to a rise in obesity in recent years, particularly in women, according to research by Fulbright scholar Anna Boots.

Moroccans of the past generation, especially those who lived in the desert regions, struggled mainly with undernourishment issues as a result of the infertility of the arid land. Rapid urbanization and mass migration for economic opportunities in the past decades has made it so 48% of the urban population resides in the fertile plains and coastal regions of northwestern Morocco, a report by the Food and Agriculture Organization of the United Nations said.

Due to these changing demographics, more Moroccans are more able to enjoy the country’s bountiful agriculture than in any other point in modern history. Unfortunately, high consumption of sugary mint tea, carb-filled bread and other staples of Moroccan cuisine, has caused the country to experience increased rates of diseases associated with over-nourishment, such as diabetes, obesity, and heart disease.

Data from the U.S.-based Institute for Health Metrics and Evaluation shows that diabetes has jumped from being the 15th leading cause of premature death in Moroccans in 1990 to the third by 2013, while heart disease jumped from the fifth to the second cause in the same period.

The lack of opportunities for women to exercise in their newly urban environments, coupled with cultural preferences for “well-rounded” women has led to a situation where 63% of the 300,000 obese Moroccans are women, according to Boots.

While rural women continue to perform difficult physical labor, which keeps them in shape, sexual harassment in urban centers deters urban women from exercising outside.

Due to sexual harassment, urban women still do not feel at home outside and tend to avoid going outside, unless they think they have a good reason to do so, according to a 2012 study by social anthropologist and arabist, Safaa Monqid.

Higher incomes stemming from urbanization and trends in globalization have attracted Western fast-food chains, such as Pizza Hut and McDonalds, to open their doors and serve their high-calorie meals to middle-class Moroccans, putting them at risk for obesity and related diseases.

According to Boots, with the complex health effects of Morocco’s new social and economic order now materializing, “greater education about a healthy diet and lifestyle and increased exercise opportunities for women would go a long way in fighting obesity.”