New York - Haneefah Adam, a 24-year-old from Nigeria, is the creator of the Hijarbie, a Barbie that wears hijabs and hand-sewn clothes designed by her. 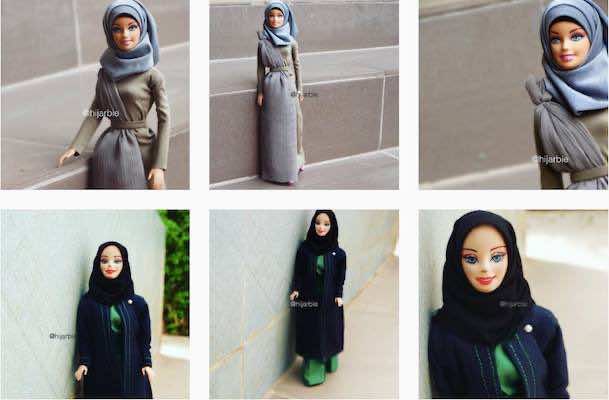 By
Daniela Castro
-
Daniela Castro is a political scientist from the Universidad de los Andes, in Bogotá, Colombia.
Feb 9, 2016
Spread the love

New York – Haneefah Adam, a 24-year-old from Nigeria, is the creator of the Hijarbie, a Barbie that wears hijabs and hand-sewn clothes designed by her.

Adam runs the Hijarbie twitter account, which was set up eight weeks ago and now has more than 20,000 followers. She has received requests from around the world to buy her dolls.

“I thought I had not seen Barbie dressed in a hijab before so I decided to open an Instagram account and dressed Barbie up in the clothes that I made. I thought it was really important for a doll to be dressed like how I would be,” she told CNN. “I think this is a great platform to try and get the Muslim identity to the world and correct some misconceptions,” she added.

With her Instagram account, she hopes to “create a positive awareness and impact” and inspire each Muslim girl with a doll that “represents her own cultural and religious background,” according to BuzzFeed.

“For me, the hijab symbolizes modesty and my own identity. It’s my crown and it represents my own personal control over the way I want to be seen, not leaving out the fact that it has a religious connotation,” Adam said.

In order to add more diversity to her collection, Adam wants to dress Barbies with dark skin. Although it was hard to find them in Nigeria or via online retailer platforms like Amazon and eBay, she has recently ordered them from abroad and is expecting to get them soon.

Adam is building a website and has plans to sell the clothes she designs for the Hijarbie.

She is also launching a lifestyle-clothing brand called Hanie, which will feature her designs based on ideas she gets from Muslim fashion bloggers, but also inspired by the styles of ordinary girls who wear the hijab, according to El Pais.

Last year, the company expanded Barbie’s shoe wardrobe beyond her classic heels, incorporating different types of footwear, which were designed by 10 Spanish designers, according to El Pais.

Adam recently completed a Masters in Pharmacology in the UK and is back in Nigeria.