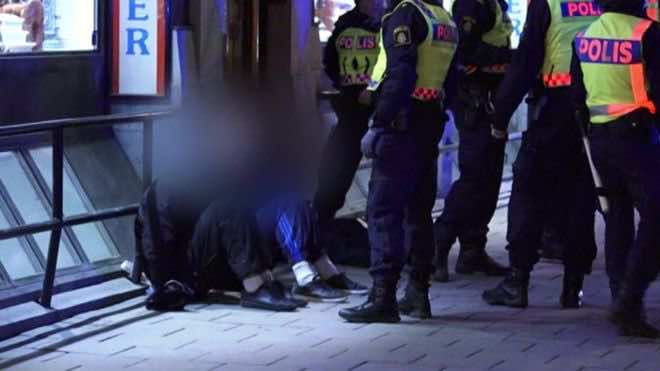 Rabat – Fourteen far-right activists from Poland have been arrested on suspicion of planning attacks on asylum seekers with axes, knives, and iron pipes in Sweden.

The attack was planned for an asylum center in Nynashamn, 60km south of the capital Stockholm. Following a tip-off, the police moved to detain the men on Monday evening. The raids took place as the men waited in their cars, just a short distance from the targeted center.

According to Swedish reports, the men were aged between 20 and 35, some having travelled from Poland for the attacks, while others were long-term Swedish residents.

“They are Polish citizens, and seem to be part of the far-right scene. Three of them were involved in a demonstration against refugees two weeks ago and were arrested for assaulting someone,” Alvarsjo said.

It is believed that attacks were discussed between the men openly on Facebook, and were planned as revenge for a dispute on a commuter train.

Last month, Stockholm saw large groups of up to 100 men wearing masks and dressed all in black. They attempted to attack and incite hatred against those seeking asylum in Sweden.

Unfortunately, given the changing perceptions of asylum seekers in Sweden, many feel that these types of attack could become more commonplace.

Popular support for far-right anti-immigration parties has increased over the past months, following heightened tensions between Europeans and refugees. These tensions peaked two weeks ago, following news that a 22-year-old female volunteer was stabbed to death at an asylum center.

Sweden had opened its borders to all migrants since the current crisis started in 2013. The nation has received 163,000 applications for asylum in 2015 alone, the highest figure in Europe per capita. In November of last year, Sweden decided that it could no longer handle the flow of migrants and refugees, calling the situation “unsustainable.”

This led to a tightening of borders and other strategies, such as the move to repatriate many young Moroccan and Afghani nationals, previously reported on Morocco World News.