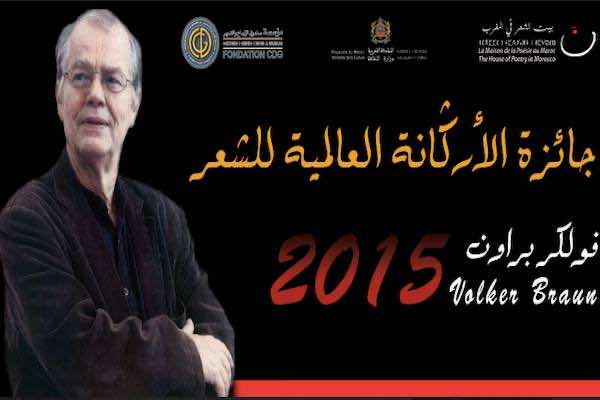 Rabat – The House of Poetry in Morocco will hold an artistic and cultural ceremony at Hall Abdelhadi Tazi on Saturday, February 13 at 4:30 p.m., in collaboration with the Ministry of Culture and CDG CARE organization. This event is part of the 22nd Annual International Exhibition of Publishing and Books in Casablanca.

Held under the patronage of King Mohammed VI, Casablanca’s International Book Fair is one of the biggest cultural festivals hosted in Morocco. It will be held under the supervision and regulation of the general HCP of exhibitions in partnership with the Ministry of Culture February 12-21.

UAE will be the guest of honor of this year’s book fair in order to strengthen and consolidate the historical and cultural ties between the two kingdoms.

More than 680 publishers from 44 countries will take part in the 22nd annual book fair. They represent publishing and distribution houses and government institutions, universities and colleges and civic associations.

The Global Alarcanah Poetry Prize will be given to the German poet, Volker Braun, accompanied by the artist Idris Almaloumi and his band. The award ceremony will count among its guests the Minister of Culture, Dr. Mohammed Amin Sbihi, a number of government and diplomatic figures and cultural, artistic and media celebrities.

Both events include rich and diverse programing, representing a variety of intellectual orientations and making them among the most important cultural gatherings in Morocco.