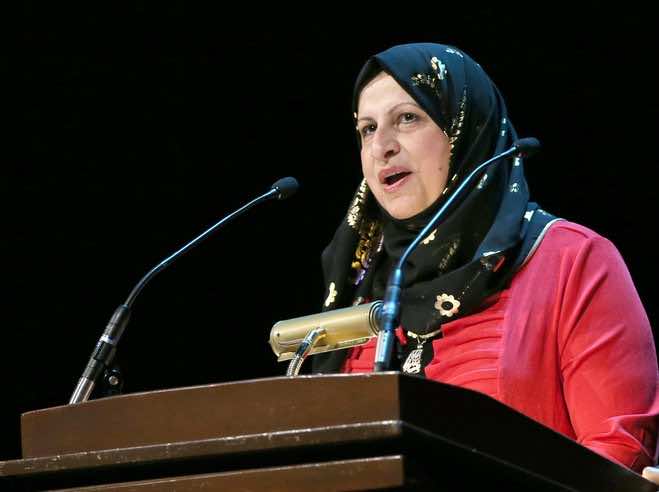 Rabat – Janan Najeeb, a Muslim woman from Wisconsin, made history on Thursday by being the first Muslim to offer a prayer on the floor of the city’s Assembly, according to reports by Journal Sentinel.

Najeeb, who is well-respected member of the local Muslim community as well as an active member of local interfaith initiatives, was invited by Milwaukee Democratic representative Mandela Barnes to make the historic prayer.

“I’m honored and excited,” said Najeeb, “I’m also a little bit surprised because, based on what the clerk has said, it’s safe to say I’m the first Muslim to do so.”

Mother of five, Najeeb holds a wide variety of responsibilities in her local community, ranging from acting as president for the Milwaukee Muslim Women’s Coalition to sitting on committees supporting local performing arts. She is also long term friends with Barnes through her work.

Barnes, himself a Christian, has experience in the field of interfaith relations through his work for the Milwaukee Inner-City Congregations Allied for Hope. He was keen to use the event to ease tensions between the religious communities and to highlight the progress in what is historically a white Christian organization.

“There is just so much for us to get over in terms of our fears,” said Barnes

“Muslims want the same things everyone else wants — to live peacefully, enjoy themselves and just live and breathe,” he added.

Stories such as these provide a much needed break from the Islamophobic rhetoric that has been stoked by political figures in recent months, and offer hope in a time when relations between Muslims and non-Muslims are often derided.

It was only last week that Republican presidential candidate Donald Trump criticised Barack Obama for visiting a mosque in attempt to show solidarity following recent persecution against Muslims.

Instead of supporting the gesture, Trump suggested that Obama was apologising for the actions of terrorists by the visit.

“Maybe Mr. Obama felt comfortable [at the mosque],” he told Fox news, “There’s something going on with him that we don’t know about.”