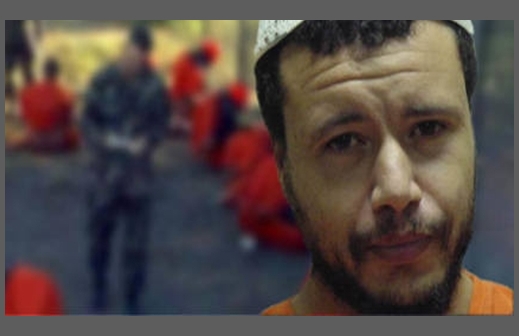 Rabat – After five months in a Moroccan prison, Younes Abdurrahman Chekkouri, an ex-Guantanamo Bay inmate, was released on Thursday.

Moroccan authorities had incarcerated Chekkouri on conspiracy charges when he arrived in Morocco last September, following his release from the U.S. military prison in Cuba where he had been Detained for nearly 14 years.

Chekkouri, who was held without charges at Guantanamo Bay, was given a provisional release as he waits to learn whether he will be charged with “conspiring against national security. The hearing, which has been postponed multiple times is scheduled for February 23. .

Khalil Idrissi, Chekkouri’s lawyer, said his release, though impermanent, is “a positive sign.”

Pakistani security officers arrested Chekkouri in December 2001 as he attempted to cross the Pakistan-Afghanistan border with other suspected al-Qaida fighters. He was later turned over to U.S. forces.

Chekkouri’s U.S. lawyers, affiliated with the human rights group Reprieve, said diplomatic statements by Moroccan officials had guaranteed that he would be released within 72 hours if he were to be arrested upon repatriation. However, Moroccan officials later denied making any assurances.

Chekkouri’s release leaves one Moroccan prisoner at Guantanamo Bay – Abdul Latif Nasir, who the Guantanamo Review Task Force (GRTF) recommended for continued detention because he was considered to be a “high risk to the U.S., its interests, and its allies”, a “medium threat for a detention perspective”, and of “high intelligence value”, according to U.S. Department of Defense documents from 2010.

The GRTF was created in January 2009, after President Barack Obama issued an executive order requiring a full interagency review of all persons detained at the military prison in order to facilitate its closure. A reassessment of all individuals detained at Guantanamo would further the interests of justice and the American foreign policy agenda, according to the then, newly-inaugurated president.