Rabat - Communication Minister, Government Spokesman Mustapha El Khalfi on Thursday denied that the government has ignored the social demands of Moroccan unions, stressing that the government is responsibly committed to conduct the reform of the pension schemes. 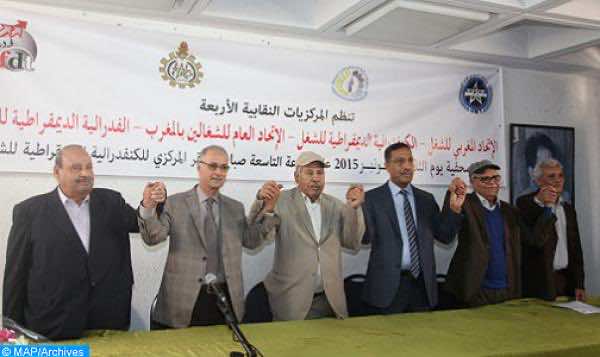 Rabat – Communication Minister, Government Spokesman Mustapha El Khalfi on Thursday denied that the government has ignored the social demands of Moroccan unions, stressing that the government is responsibly committed to conduct the reform of the pension schemes.

The statement comes in response to the main union’s call on Wednesday for or a 24-hour general strike in the public and private sectors on February 24. The government “has never closed the door” on dialogue with the unions, Mustapha Khalfi told reporters at a press briefing following the cabinet weekly meeting.

“The government has shouldered its responsibilities in a national project to reform pension schemes that was subject to consultations and was presented to the parliament by the head of the government”, Khalfi underlined, adding that it was later “adopted by the government in its three components: preserving civil pension schemes from being unable to pay pensions by 2020, increasing the pension payments and extending health and social coverage to include over 30 pc of Moroccans.

He went on to add that this project took into consideration the current crisis as well as the need of accompanying it with social measures. The minister called on the Unions to shoulder their responsibilities.

Morocco’s four main unions called for a 24-hour general strike in public and private sectors on February 24 to protest against the government reforms of pensions and subsidies, they said in a statement on Wednesday.