“Death raining down on tourists as they sunbathe on the beach or visit museums.” 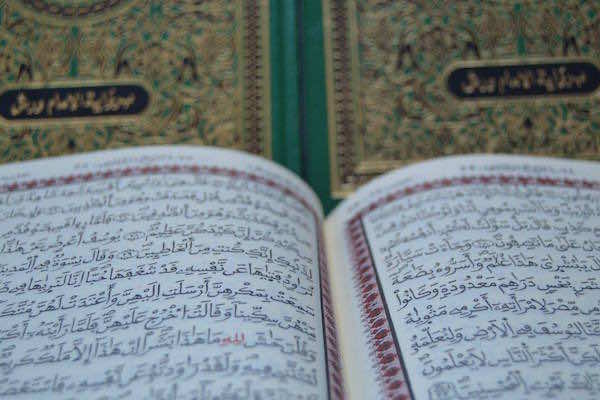 “Death raining down on tourists as they sunbathe on the beach or visit museums.”

Istanbul – These are the most likely answers we might receive if we asked a passer-by in New York or Paris what comes to mind when the word Islam is mentioned.

Many people in the West and the Middle East genuinely believe and say that these things have nothing to do with Islam but these statements are not sufficient to change the misconceptions about Islam. It is not enough for some Muslim opinion leaders to say, “These things have nothing to do with Islam. Islam is a religion of peace,” in the face of deeds committed by people claiming to be “true Muslims.” As anti-Muslim sentiment spreads further in Europe, it is Muslims themselves who suffer from their inability to effectively explain the true Islam described in the Qur’an.

Muslims have major responsibilities in the face of this situation. First of all, it needs to be shown that Islam is being misrepresented because of the use of false sources instead of the Qur’an, rather than making feeble objections and defenses. People need to be told, with supporting evidence, that all the qualities required in modern democracies and state systems are also inherent in Islam.

The main criticism of Muslims today is that the rights and freedoms regarded as the essence of democracy are absent from Islam. In the eyes of many Western thinkers and politicians, it is therefore impossible to reconcile Islam and democracy.

Yet the Holy Qur’an, the Muslim sacred scripture with which mankind became acquainted fourteen centuries ago, contains all and more of the free life style embodied in the European Convention on Human Rights. The modern global norms like the ECHR and the United Nations Universal Declaration of Human Rights are not only compatible with Islam, but are also deeply embedded within it as described by Mohammad Fazl Hashami in a recent article. The Charter of Medina, enacted by our Prophet (pbuh) and regarded as the first ever constitution, is the most democratic constitution there has ever been.

The most fundamental element of human rights is the “right to life.” Article 2 of the Convention on Human Rights says that efforts must be made to protect the lives of all, apart from in the most exceptional circumstances. Verses 28-30 of Surah 5 of the Qur’an also say that deliberate killing is a major sin, while verse 32 equates the killing of one person with the killing of all mankind. In the view of the Qur’an, killing is only permissible when done for self-defense. While killing as an action lawfully undertaken for the purpose of quelling a riot or insurrection is regarded as an exceptional circumstance in the ECHR, verses of the Qur’an about killing point to only cases of self-defense in times of war. War, according to the Qur’an, is an “undesirable necessity” to be resorted to only for the purpose of self-defense when one has been attacked and that must be waged within specific human and moral bounds. In other words, Muslims must choose the path of peace and reconciliation when attacked, but have to defend themselves if the other side rejects peace and insists on war.

Let me remind readers that there is nothing in the verses of the Qur’an about killing people because they hold other beliefs or fail to abide by the commandments of Islam. On the contrary, the Qur’an says that there can be no compulsion in the faith and describes a superior model of democracy that incorporates all believers and unbelievers.

Article 4 of the ECHR prohibits slavery and forced labor. Slavery was a widespread social institution on the Arabian Peninsula in the pre-Islamic period. It is estimated that almost half the population of the peninsula lived as slaves at that time. Slaves owned by the wealthy were forced to work under inhuman conditions and treated as lower than animals. Our Prophet (pbuh) and the Companions were strongly opposed to slavery. The reason for that attitude lies in the verses of the Qur’an. These verses say that slaves should not be maltreated, that their conditions should be improved and that they should even be freed (2/177, 2/221, 4/92, 5/89, 24/32, 26/22, 58/3-4,90/12-13).

Numerous verses in the Qur’an encourage an environment in which people can live in peace and security. For example, verse 6 of Surat at-Tawba commands Muslims to ensure the safety of people who are not Muslims as well as people who are morally criticized in the Qur’an, even at the risk of their own lives. This is completely compatible with the right to liberty and security of person enshrined in Article 5 of the ECHR.

The Qur’an demands the utmost scrupulousness over the provisions of justice, and Muslims are commanded to be just, even if that works against themselves or their own parents’ interests (4/135). Other verses emphasize justice and correspond to the right to a fair trial enshrined in Article 6 of the ECHR (84/158, 5/42, 7/29, 10/47, 49/9).

Article 9 of the ECHR says that everyone has the right to freedom of thought, conscience and religion. Islam is a religion that bestows freedom of thought and expression and that guarantees all their rights. Several verses of the Qur’an explicitly set this out. Verse 256 of Surat al-Baqara explicitly says there can be no compulsion in the faith. In other verses, God reminds people that the prophet of Islam is not an oppressor, only a reminder (88/21-22).

According to Qur’an-based Islamic morality, every Muslim must be open to the free expression of all ideas and beliefs found in society and must respect the lives, ideas and lifestyles of others. Such a Muslim will want ideas and ideologies that are incompatible with, or even opposed to religious moral values, to be freely expressed so that he can respond to them on an intellectual and ideological basis and convince the other party with scientific methods, not by use of force. The banning of ideas and ideologies does not make life easier for Muslims. On the contrary, it makes preaching and the intellectual struggle more difficult. The moral virtues bestowed by the faith can be better understood and strengthened in a climate in which everyone is able to freely express his opinions.

The reason for the images in the international media that have led Islam to being equated with terrorism and hostility to art and science is the adoption of radical interpretations and various accounts of dubious veracity as the source of Islam, rather than the Qur’an. What needs to be done in the face of such error is not to lay all the blame for anti-Islamic feeling at the door of the other side or else simply to say, “These things are not part of Islam,” but rather to explain that liberty, understanding, the right to life, art and science are all inseparable components of Islam. Islam means beauty, comfort, peace, love, freedom and democracy. Islam bestows a wide range of rights and liberties on people. The evidence in the Qur’an will be enough to win over people who hold prejudiced views on this subject.