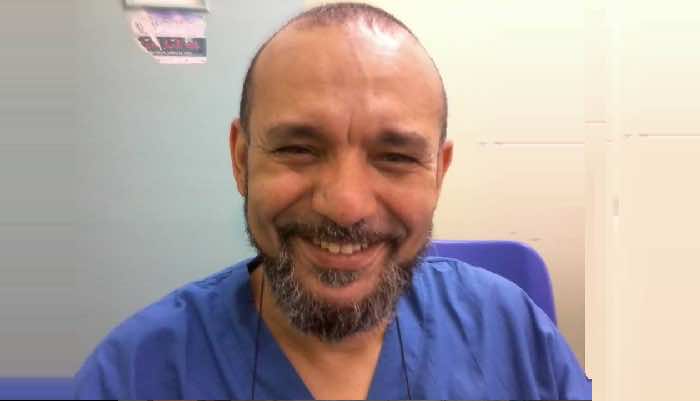 Rabat – French-Moroccan doctor Zouhair Lahna, will return to his humanitarian activities in Syria and sub-Saharan Africa after authorities closed his clinic due to its failure to fulfill licensing requirements, according to a report by CNN.

Lahna opened the private clinic to offer free medical services to Syrian refugees and impoverished Moroccans, but health authorities decided to close the center in January. As a result, he will return to work at his charity clinics in communities in war-torn Syria and in other African countries that suffer from lack of medical care.

Zuhair said that authorities visited his clinic in order to take down its signs, but no official decision has been taken to grant a license to the clinic.

He said that the current situation shows that it is more feasible for him to return to his international humanitarian activities, especially in Syria and sub-Saharan African countries, where his work will bring the greatest benefit.

“If I cannot offer Syrians and Sahrawis treatment in Morocco, I will continue to do so in their own countries,” Lahna said.

With the closure of his clinic, Lahna stressed that the Moroccan health care system still fails to provide basic health services—which are considered a fundamental human right by the United Nations—to the most vulnerable parts of the country.

Moroccan Minister of Health, Hussein Wardi, has previously claimed that his ministry was not contacted by Lahna for the purpose of acquiring an official license to run the clinic. According to Wardi, operating a health center without a license is “illegal” in Morocco because it encourages unfair competition against doctors and hospitals that pay taxes.”