Casablanca - In a shocking video that has attracted over half a million viewers, an Israeli soldier heartlessly shoots down a young unarmed Palestinian woman. 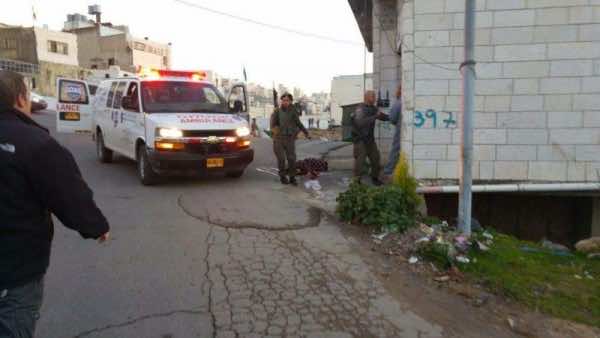 Casablanca – In a shocking video that has attracted over half a million viewers, an Israeli soldier heartlessly shoots down a young unarmed Palestinian woman.

The video starts by showing the 21-year-old, who was identified as Yasmine Mohamed Rashad, wallowing in her own blood amid the denunciatory shouting of witnesses in Khalil, Palestine.

One of the witnesses, a middle-aged man, walks up to her, trying to save her life. However, one of the four soldiers surrounding the victim pushes him back, pointing a gun at him..

The witnesses’ voices start to raise, calling on the soldiers to immediately call an ambulance as the victim’s body stops moving. Still, the soldiers continue to threaten whoever tries to come near her.

Instead of an ambulance, a military backup truck hurries toward the crowed. At this point, the soldiers turn more violent and begin pushing, kicking, and opening fire at the helpless, upset crowd that looks eager to rescue the dying teen.

In an equally despicable scene, an Israeli soldier violently pushes a disabled young man in his wheelchair to the ground. This cowardly act causes the offended witnesses to run to the disabled man to put him up on his wheelchair. However, the soldiers push them back with kicks, punches, and bullets.

The ambulance finally arrives at the scene after the second Israeli backup truck.

The video was shot by Raid Abu-Ramila and has gone viral on Facebook. Thousands of users from all around the world have loathed this utterly inhumane act of shooting an unarmed young woman and denounced the Israeli soldiers.