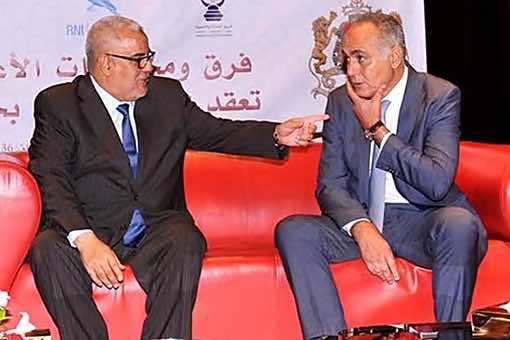 Rabat – Salaheddine Mezouar, Secretary General of the National Rally of Independents (RNI), reacted to the accusations made against his party by some members of the Party of Justice and Development (PJD), the party of the head of the government, Abdelilah Benkirane.

Speaking of the relationship between the RNI and President Abdelilah Benkirane’s party during a party meeting on Saturday, Mezouar said, “We are a coalition government, not a political alliance.”

Mezour made the statement distancing the RNI from the JDP after Benkirane failed to defend members of the RNI when political opponents accused them of treason.

During the speech, Mezouar explained the severity of the accusations and its implications for the future of the RNI’s relationship with the ruling party, especially in terms of the legislative elections scheduled to be held next October.

“The RNI was accused of treason, a term that was used only during the anti-colonial struggle, to distinguish those with Morocco and those who were against Morocco,” he said, “The RNI has remained faithful to the coalition government, but the fact remains that it is only a coalition and not an alliance.”

“Our presence within the government coalition does not deprive us of our right to open ourselves to other political forces based on specific or local considerations,” the secretary general said.

Speaking on the formation of the coalition, Mezouar pointed out that politics is an ever-changing arena where parties’ relationships with each other change regularly.

“The political field has no enemies, but competitors and opponents,” he said, “It includes agreements, alliances, compromises, consensus, and disputes depending on the balance of power. It is for these reasons that the head of government originally invited us to join the coalition, even when our relations were not cordial.”

Mezouar’s closing comments focused on branding the RNI as the liberal-center party adamant about defending the rights of women, political opposition, and the individual freedoms.