Rabat - Kazakhstan on Monday reiterated its support to the Moroccan autonomy plan in the Sahara, deeming it as a "serious and credible" initiative to reach a peaceful solution to the Sahara issue. 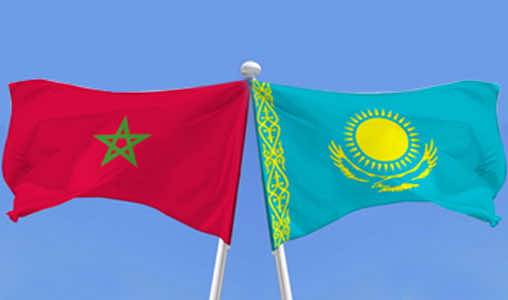 Rabat – Kazakhstan on Monday reiterated its support to the Moroccan autonomy plan in the Sahara, deeming it as a “serious and credible” initiative to reach a peaceful solution to the Sahara issue.

At the third session of political consultations between the Ministries of Foreign Affairs of Morocco and Kazakhstan in Rabat, the Kazakh side expressed its support to the efforts of the UN Secretary-General and his personal envoy for the Sahara to find a mutually acceptable political solution to this issue.

During this meeting, co-chaired by the Minister-Delegate to the Minister of Foreign Affairs and Cooperation, Nasser Bourita, and the Kazakh Deputy Foreign Minister, Askar Mussinov, Kazakhstan also praised the leading role of King Mohammed VI in his capacity as Chairman of Al Quds Committee to achieve a comprehensive, just and lasting peace, as part of the Two-State solution that would guarantee the establishment of an independent Palestinian State with Al-Quds as its capital.

In this regard, Morocco has welcomed Kazakhstan’s positive and constant positions regarding the Palestinian cause.

Furthermore, the Kazakh side welcomed the holding in Morocco of the UN Climate Conference (COP22), scheduled for November in Marrakech, saying that the Kingdom will help identify urgent and equitable solutions as well as tangible projects related to climate change.